Most people do not spend hours worrying about the nanosecond-level accuracy of their network and server clocks. Most servers will happily grab a reasonably accurate time from the internet without any intervention and if that isn’t good enough, it’s quite common to see servers or routers designated as Network Time Protocol (NTP) sources within an organization, hopefully taking their own time from an accurate source like a satellite time receiver. The fact that NTP is still the dominant time synchronization protocol suggests that in general, infrastructure owners aren’t too concerned about keeping time with significant accuracy. Typically on a local area network, NTP can maintain time within around 1ms, and over a wide area network, the variation can be much greater, especially if asymmetrical routing is involved. 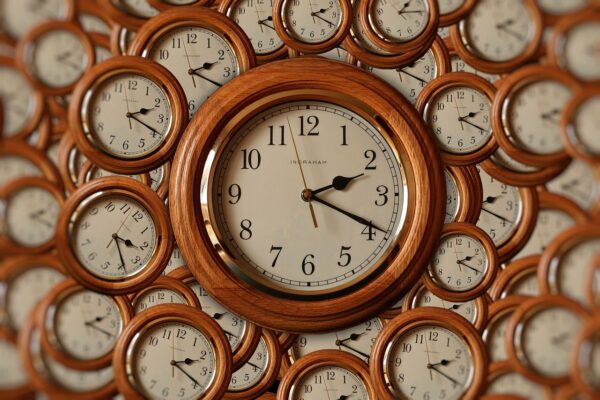 So what’s the solution for the industries which need a higher degree of timing accuracy? The Precision Time Protocol (PTP) was first released as IEEE 1588-2002 and, like NTP, uses IP networks to offer clock synchronization. PTPv2 arrived in IEEE 1588-2008, offering significant improvements over the original PTP, albeit without backward compatibility, and was most recently revised in IEEE 1588-2019. PTPv2 has successfully established itself as the high precision time synchronization protocol to use, but a PTP grandmaster (used by clients to synchronize their time) is only as good as its own timing source, and like NTP, the further a client is away from the grandmaster, the more they may differ from that source. To put that difference into context, PTPv2 can typically achieve sub-microsecond timing accuracy, often down to 20-100 nanoseconds.

Perhaps in an ideal world, every device everywhere would have perfectly synchronized time (or something very close to it), but this idea of “global synchronization” will always be limited because unless every device obtains its own time directly from the Global Navigation Satellite System (GNSS), there will always be some variation involved because the time was learned across a network from another device. But timing accuracy can make a huge difference in some industries. In 4G/5G mobility for example, for E911 purposes having the time accurate to 75ns can allow positioning of a device down to a radius of 30 meters, but at 250ns accuracy, it’s only 100 meters.

So why not put PTP grandmasters everywhere? Space, power, cost, vendor management, and support cost; it’s one more thing to deal with in a distributed network that is already densely populated. That being said, a PTP grandmaster is pretty much a chassis, a power supply, a network interface card, a GNSS decoder, and some embedded PTP software, most of which already exist in a server. In the telco industry, x86 servers are already being deployed to the edge of the network for Network Functions Virtualization (NFV) purposes, so all that’s missing from a server to build a PTP grandmaster is the PTP software and GNSS decoder. Intel has closed this gap by packaging the hardware functionality into their Edgewater Channel 10/25GbE PCIe network adaptors, allowing easy deployment of a PTP grandmaster wherever a mobility provider has an x86 server.

High-frequency trading is another obvious use case for PTP where the regulations for certain trading classes require 100µs timestamp accuracy and the traders must ensure that all of their servers are accurately synchronized. To that end, every LAN typically has its own PTP grandmaster, which could now not only be integrated into the servers themselves but may well be able to provide higher levels of resiliency for the same cost.

This is one function I really don’t mind moving into an adaptor card. The flexibility of deployment alone makes it worthwhile, and it opens up a host of potential uses for edge computing, such as where precision timing may not previously have been considered viable. Moving PTP to a network adaptor like this may also enable new use cases where the addition of a card to existing server resources is seen as a small incremental investment but may allow the development of new measurements that were not previously possible with the low-resolution onboard clocks on many x86 motherboards.

Intel has described the Edgewater Channel PTP Enhanced PCIe Adaptor as “5G-optimized” as part of a wider portfolio of products launched to support 5G space, but this is clearly a product with a much wider market than just service providers, and it will be interesting to see what use cases this product enables.