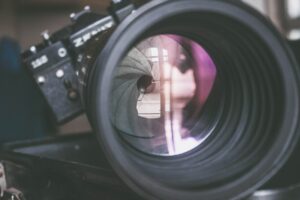 Juniper is an enigma to me. They make excellent hardware. Their network operating system clearly has the advantage of learning lessons from previous attempts and doesn’t have the baggage that comes with a need for continuity regardless of effectiveness. They’ve also been far ahead of the rest of the industry when it comes to enabling infrastructure automation. Yet, with so much that has been done right, they remain a distant competitor in the enterprise market.

My first real exposure to Juniper was a decade ago. I was involved in a project that was displacing a fully managed WAN with self-managed hardware and circuits. Just as we were about the pull the trigger on the project the economic slowdown of 2008 happened and production with Cisco slowed to a crawl. We were going to be deploying approximately 60 ASAs in the field but lead times were 6-8 months, which wasn’t acceptable. We turned to Juniper and they could deliver equipment within weeks. We went with what we considered to be the second best option available to us, the Juniper SRX.

We couldn’t have been more wrong…

The SRX was a wonderful piece of hardware to work with. Once you learned how to speak Junos, the devices did what you asked them to do and did it reliably. It was then that I fell in love with features like batched configuration, commit confirmed, rollbacks, structured configuration hierarchy, and many more advantages that Cisco and other vendors simply didn’t offer. I was sold.

Then something funny happened. It felt like Juniper abandoned the enterprise market. I’m sure it wasn’t that dramatic but there was definitely a pullback and less attention put into that specific segment. It made it next to impossible to justify recommending Juniper in future projects to a management team that was understandably nervous about introducing a new and different platform into their environment. Being that we were comfortable with Cisco, and their manufacturing slump had somewhat normalized, we went back to what we could depend on.

And that was that…

With this perspective in mind, and after all these years, I’m excited to see a renewed focus on enterprise technologies within Juniper. I’m also excited to have the opportunity to deep dive into these technologies with some of the Juniper engineers and product managers at Juniper’s user conference, NXTWORK, this year. There are a few key focus areas that I plan to pay special attention to during these conversations:

Commitment to the Enterprise

Juniper may have an opportunity for a mulligan here, but I doubt they’ll have another. I want to know if Juniper is just testing the water or if they are serious about getting back into the enterprise networking market. What are they doing today that ensures long term focus and support in this segment of technology?

Mist Wireless has been on my radar for a while now and Juniper’s acquisition of them makes a lot of sense with a renewed enterprise focus. I want to understand how they are integrating Mist into the rest of the technology stack and mitigating the sprawl that comes with many disparate operating systems running within the infrastructure. Juniper has long touted a unified code base as a competitive advantage and I’m curious what this means for acquisitions and integrations like Mist.

SD-WAN is one of the hottest enterprise technologies at the moment and it’s hard to have a compelling enterprise story without a compelling SD-WAN offering. Juniper isn’t often brought up when talking about the market leaders in this space, so I want to understand what it is that they are doing to become part of that conversation.

This is less of a deficiency and more of a messaging question. How is Juniper going to monopolize on their decade long head start on infrastructure automation? I’ve been impressed with their efforts around NRE Labs and open community training. Is comprehensive automation something they are leaning on when telling the enterprise networking store?

I’ve always been amazed that Juniper has the reliable and feature-rich products that it does but doesn’t appear to make much headway in the enterprise. With the disruption that automation, orchestration, and software-defined networking are bringing to the industry, this may be a unique opportunity to see a solid manufacturer creep from the giant’s shadow and provide some much-needed competition in a lightly contested enterprise networking market. At NXTWORK this year I’ll be keenly listening for where Juniper has been investing their time to see how that lines up with the priorities and initiatives that the industry has been pursuing as a whole.