Apple first got in trouble with keyboard failures back with the 2016 MacBook Pro. People immediately started noticing Apple’s newly introduced butterfly switch keyboard design and complaining about usability, but as the months went on, more and more cases of keyboard failure popped up than with any previous MacBook model. Now, Apple is facing a few separate class action lawsuits accusing the company of fraudulent concealment of the keyboard’s design flaws. 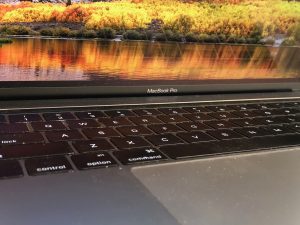 Sam Lionheart of iFixit writes in this post about a thin, rubberized barrier found between the keycaps and the old, second-generation butterfly switches in the newest 2018 MacBook model. This barrier seems to be designed to protect the keyboard mechanism from microscopic dust, in fact, Apple has a patent for it.

So is Apple admitting their previous keyboard design had reliability issues? Not at all, as Lionheart points out, they’ve even claimed that the new generation keyboard is specifically not designed to fix any reliability issues, only to make the keyboard quieter.

This leads to a situation where Apple is either ignoring an obvious design flaw, or more likely, they’re using the side-effect of this new barrier of making the keyboard quieter as a marketing tool to draw any attention away from reliability so they can quietly solve a problem that definitely didn’t exist in the first place. After all, Apple really doesn’t have the money to pay out a couple of legitimate lawsuits and move on with innovation. Read more at: The Great Apple Keyboard Cover-Up