LightStep Walks Over to ServiceNow

Analytics startup LightStep is taking a trip to ServiceNow. According to a blog post from Ben Sigelman, the company is joining the service juggernaut to help expand capabilities on both sides. LightStep recognized that in order ot build out their offering to include observability in modern SRE and DevOps workflows they would need to spend years building to that goal. ServiceNow is already at that point and would benefit from the ex-Googlers adding their expertise to the pool. Terms of the deal were not announced and timelines aren’t set in stone for the merger.

SolarWinds announced this week that the number of people that were actively exploited by the recent Sunburst attack is far fewer than the numbers would show. In an SEC filing, the Austin company said that fewer than 100 of their customers were actively exploited in the attack. This is a small subset of the reported 18,000 people that downloaded the packages that had been compromised.SolarWinds CEO Sudhakar Ramakrishna released the updated numbers in an effort to correct media reports of the larger numbers from late last year.

Google has announced a new algorithm that can predict drive failures with 98% accuracy. Per a blog post from their AI experts, the ad and search giant has millions of hard disk drives that could impact operations if and when they fail. The team worked on improving their fortune telling capabilities to ensure that disks failures could be accounted for and planned to be replaced before actual failure. The model takes data from a number of sources and gives the Google IT teams reports on which units need to be fixed and which ones are likely to go next.

We’ve covered Pat Gelsinger’s move from VMware to become CEO of Intel, and now we’ve learned of his replacement. The VMware board today named Rangarajan (Raghu) Raghuram, a familiar face at the company, as CEO along with Sumit Dhawan as President. Current Chief Operating Officer Sanjay Poonen had also been suggested as a possible successor but he will now leave the company. We’ll have more on this change next week on the Rundown.

The big story this week is all about frags. Specifically, a vulnerability announced on Tuesday shows that wireless networking equipment is vulnerable to a specific series of fragmentation attacks that can cause significant problems for users. Friend of the show Ryan Adzima broke down the attacks as the ability to hide malicious payloads in unencrypted transmission frames. The receiving client processes the frames as sent because it’s not looking for the malicious payloads. Adzima notes that the attacks are highly technical in nature today and requires interaction from the users to be fully effective. The researcher that discovered the attacks has been under embargo for the past nine months but even still wireless companies are scrambling to release patches, as even modern security like WPA3 is vulnerable to the attack.

IBM had a small announcement this week as IBM Think kicks off. Actually, it’s more of a big announcement about something small. The venerable tech giant has announced manufacture of the first 2 nanometer chip. If that sounds small it’s because it absolutely is. With current chip technology based around a 7nm process IBM is hoping to show the increased performance of 45% and reduced power consumption of over 75% as a huge value to companies looking to produce small-scale hardware. That the news is coming from IBM and not chip giants like Intel or AMD has some scratching their heads as well as the lack of supporting details or projected uses for the tiny silicon wonder.

It’s a tough week if you operate fuel pipelines. The 5,500-mile long Colonial pipeline that supplies fuel to the US East Coast has been temporarily shut down because of a reported cyberattack. The group that has claimed responsibility is named DarkSide and based in Eastern Europe. In a statement they distanced themselves from the damaged they’ve caused. DarkSide claims one of their customers launched the attack and that they were only in the business for making money from their tools and not for causing damage to society. President Biden has promised to disassemble and prosecute DarkSide and all those responsible as a looming fuel shortage appears on the horizon and the entire process becomes a political hot potato. 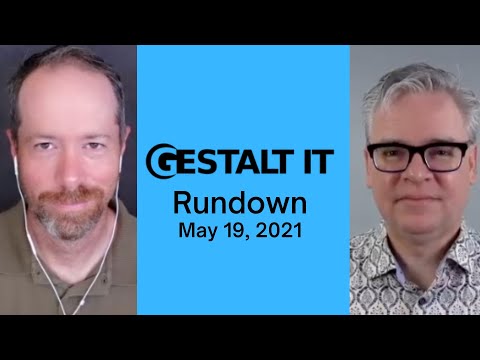