There is no question that NGINX, an async web server that serves 37% of properties on the web, is the king of the internet. It has offered a commercial product named NGINX Plus for years, but few folks paid attention to it. However, with the acquisition of NGINX by F5 in 2019, the commercial product is gaining traction.

This year’s Sprint event highlighted the mutually beneficial relationship that has grown tremendously over the last year. The Plus product has added some real value from F5 by leveraging the App Protect intelligent WAF, security capabilities, and extensive Prometheus monitoring. NGINX is bringing modern applications and containers to the enterprise and allowing seamless integrations with the traditional F5 world.

Commitments to the Open-Source Community

One of the single most important announcements at the event came from Rob Whiteley, General Manager of the NGINX Product Group. Whiteley took the stage and made three commitments to the open-source community who made NGINX the leading web server it is today:

As a developer who has embraced open source for two decades, it was music to my ears to hear the re-emphasis on the open-source nature of NGINX. Knowing that the core NGINX server will not be a lesser version of the “enterprise” offering is comforting to developers. The NGINX team is backing up its commitment by joining forces with the Kubernetes team and dedicating resources to making the NGINX Ingress Controller even stronger in this ecosystem.

Whiteley also announced that we will be seeing new open-source projects at every layer of the delivery stack. With the full development force of F5 powering even the smallest of projects that are on the open-source version, this feels like the right direction. Any uncertainty in the community about NGINX’s commitment to open source has certainly been removed. I believe this is the start of the next generation of the most popular web server in the world.

I had the opportunity to sit with Rob Whiteley and discuss these announcements and others from NGINX Sprint 2.0 in this video interview below:

NGINX Enables Building all the Things

F5 brought a lot to the table when they acquired NGINX over 30 months ago. Powered by the surge in engineering horsepower, the last 18 months have been a golden age at NGINX. This was evidenced by the large portfolio of products — all based on the platform and aiming to solve problems at all levels of the modern application stack. What was once a fast and capable web server and reverse proxy now powers additional solutions such as the API Gateway, NGINX Controller, Instance Manager, Ingress Controller, and Service Mesh offerings.

A bonus of the NGINX ecosystem of tools is that it does not intend to be a complete platform or flavor of Kubernetes. Rather, it enables fully best practice solutions and supports all aspects of the deployment from ingress controllers, analytics collection, security, and service discovery.

Want to try it for yourself? During the Sprint event, the team announced the NGINX Modern Reference Architectures and published it on GitHub with an Apache 2.0 Open Source license. Their goal is to provide the patterns for attaining successful deployments and to take real feedback from the community along the way.

What will Sprint 3.0 Bring?

As the relationship grows, we can expect exciting news from both the NGINX and Kubernetes communities in the next year. I have a feeling that we will see some of the products in the portfolio mature and combine to give the end-user and developers a simpler view of their modern applications. I’m also curious to see what comes of the NGINX Unit application server. I love the idea of being able to drop code in a folder and have it scale, but I can’t tell if this is a service mesh tool or a great way to run your own App Engine.

The biggest thing that we can look for over the next 12 months will be the realization of NGINX’s role in the Third Wave of Innovation — a wave that is rooted in Artificial Intelligence (AI) and Machine Learning (ML) and brings insights to our applications. Gus Robertson, CEO of NGINX and EVP of AI and Data, kicked off Sprint 2.0 by diving into the world of insights that can be leveraged to optimize network performance, security, and stability. I fully expect to see future announcements from their team that will power adaptive application infrastructure and provide insights powered by ML data layers. 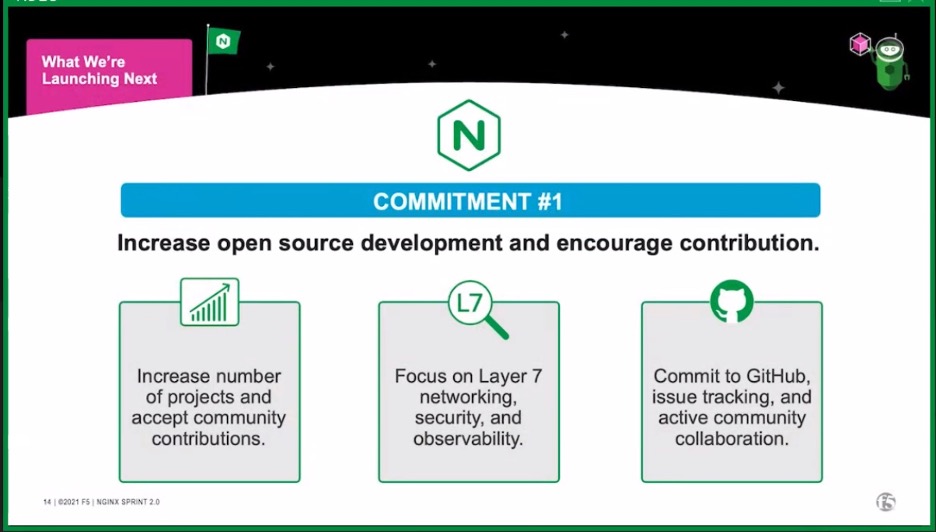 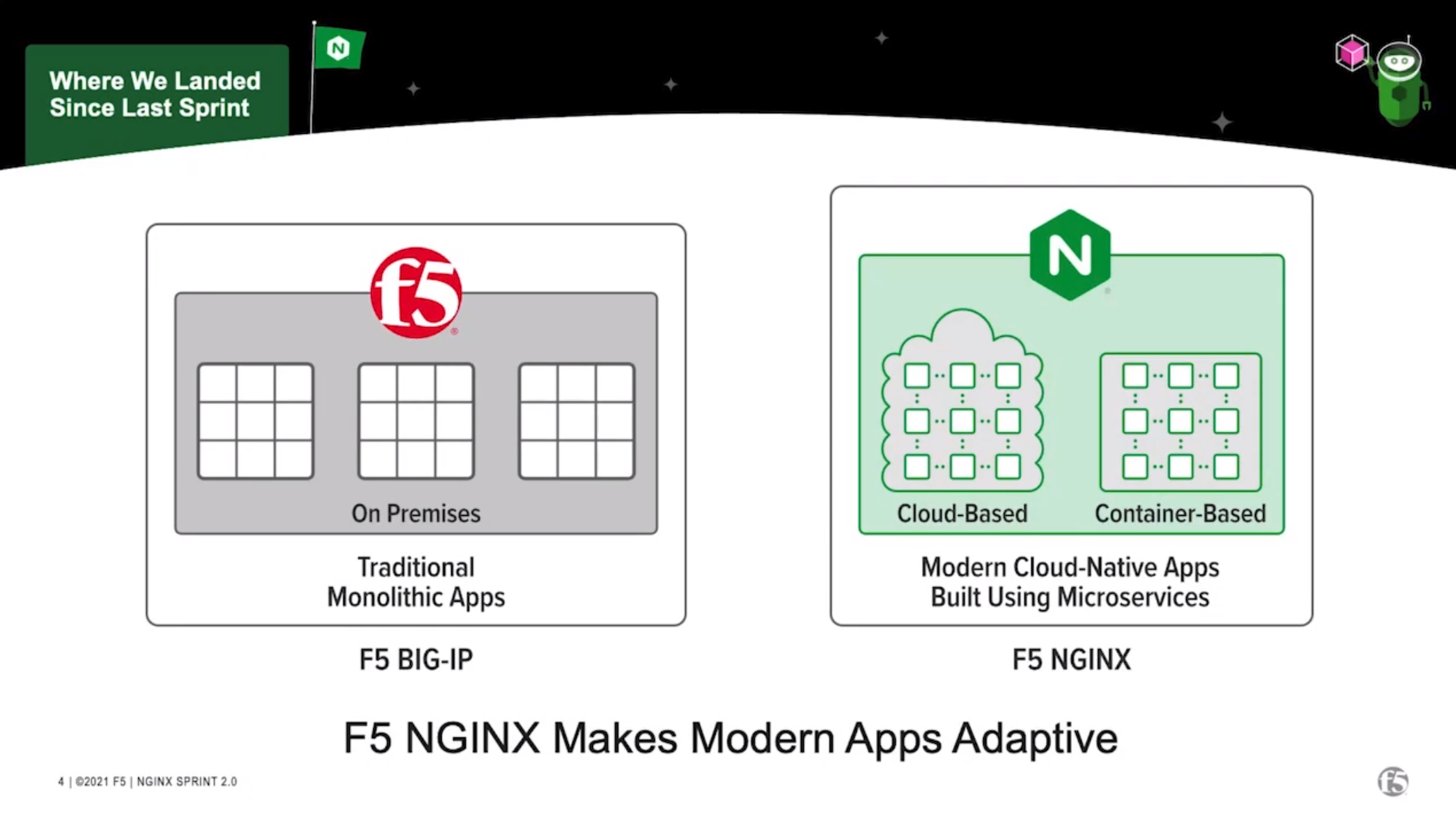 My Thoughts from NGINX Sprint 2.0: The Present and Future of Modern Application Architecture. 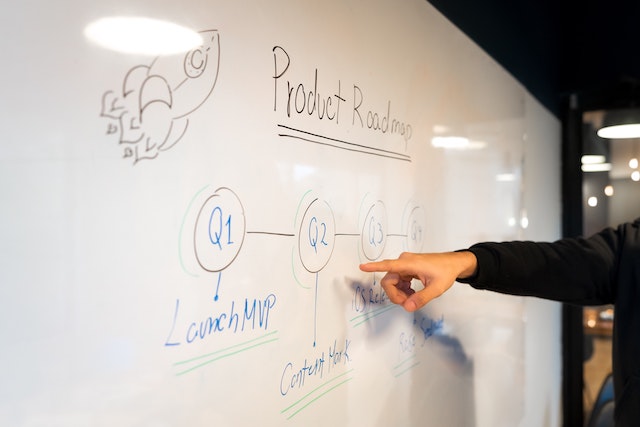 Calvin Hendryx-Parker is the co-founder and CTO of Six Feet Up, a Python development and Cloud consulting company established in 1999. At Six Feet Up, Calvin establishes the company’s technical vision and leads all aspects of the company’s technology development. He provides the strategic vision for enhancing the offerings of the company and infrastructure, and works with the team to set company priorities and implement processes that will help improve product and service development. Calvin is the driving force behind LoudSwarm, a truly immersive virtual event platform that debuted in June 2020.

Calvin is the co-founder of the Python user group IndyPy, the largest tech meetup in Indiana with 1,900+ members. In 2017, he also founded IndyAWS, now the fastest growing cloud meetup in the state with 800+ members. In 2019, he got recognized as an AWS Community Hero by AWS experts.

Outside of work, Calvin spends time tinkering with new devices like the AWS DeepRacer, CircuitPython and Raspberry Pi. Calvin is an avid distance runner and ran the 2014 NYC Marathon to support the Innocence Project. Every year he and the family enjoys an extended trip to France where his wife Gabrielle, the CEO of Six Feet Up, is from. Calvin holds a Bachelor of Science from Purdue University.