The FBI has gone mobile to disrupt Crime with the FBIphone, the FBI also stole a march on the ransomware crew responsible for the Colonial Pipeline shutdown, and is Amazon Sidewalk opting everyone in? We discuss these stories and more on this week’s Rundown.

IBM announced the spin-off of their managed services business into a separate entity back in October. The move was seen as a way to streamline things as the Red Hat acquisition was becoming more integrated and the focus of IBM shifted to AI and hybrid cloud. Last week IBM announced the name for the new division. The new company will be called Kyndryl, which according to IBM takes cues from “kinship” of the relationships between people, and “tendril” which sparks the idea that the business is always working toward improving human progress. No word yet on why all the Y’s were necessary in the name.

News of another spin off with a much better name. Cybersecurity giant FireEye announced last week that they are selling their products business to a private equity firm. The deal is reported to be worth about $1.2 billion. The products being sold to the firm will continue to carry the FireEye name and the cybersecurity research and forensics division that is left behind will now be known as Mandiant Solutions. If you recall, Mandiant is the name of the company purchased back in 2014 that gave FireEye access to new resources, including future CEO Kevin Mandia.

No, it wasn’t just you. The Internet was down for a few hours on Tuesday morning. Users reported issues getting to Reddit, Twitter, and even XKCD. The source of the issues was quickly traced to issues with content deliver network Fastly. The company quickly updated their status page to reflect that they were having issues and rolled back a configuration change that brought sites back online by 11am UTC. The issues with some sites persisted for a few more hours until the changes to the changes could flow out.

Ohio Attorney General Dave Yost is about to rain on Google’s parade. In a lawsuit filed against the search giant allegations that Google has unfairly used their search dominance to position their own products over competitors and act more like a monopoly. This is the first lawsuit against the tech company from a US state for monopolistic practices. However many other suits have been filed over ad issues.

FBI Goes Mobile to Disrupt Crime with the FBIphone!

Just when you thought the FBI couldn’t get better than getting ransom returned, we find this fun story. According to a report from The Guardian, the criminal underworld was rocked with a series of arrests all over the globe. Law enforcement agencies were able to invade the various criminal organizations thanks to a messaging app that was installed that purported to keep communications secret from prying eyes. Who developed this app? Why the FBI of course! The app was seeded on devices that were then obtained by criminals and allowed the FBI and partner agencies to snoop on the conversations. So trusted was the app that the users chose not to speak in code and openly admitted what they were doing and when it was happening. Law enforcement was also able to find informants and other important information to keep one step ahead of the near-do-wells.

Just when you thought it was safe to turn to the Dark Side ,the FBI strikes back. This week the feds stole a march on the ransomware crew responsible for the Colonial Pipeline shutdown when they obtained the crypto-wallet address for the bitcoins paid to open up the flow of fuel. The FBI also obtained the private key for the wallet, which was stored on US servers, through undisclosed methods. This allowed them to transfer funds from the wallet totaling around $2.3 million or roughly half of the ransom payment. No word on whether or not the FBI would continue to seize funds related to DarkSide or if this is a one-time occurrence.

Amazon Sidewalk Opting Everyone In?

Who’s using your Internet? Well, after Monday it could be your neighbor’s Amazon devices. The bookstore become tech giant has quietly enabled an option on their hardware that can create a mesh network for outages. The idea is that in the event that your home Internet goes down your Amazon devices, such as Echo and Ring, can connect to other devices that have formed a mesh to get connectivity. Privacy experts are shouting about this and asking questions about recent partnerships with agencies that are using Ring footage. Also in question is whether or not anyone else can access this mesh network and use your home internet connection. The setting can be disabled but of course is on be default because it’s advantageous to Amazon and costs nothing for them to use. 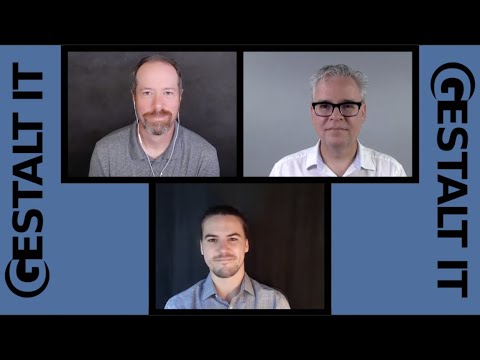