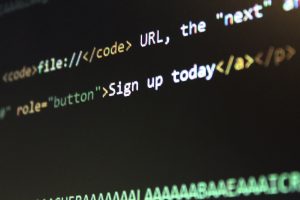 Some engineers worry that automation will replace the Network Engineer. I believe that it will not replace the Network Engineer, but it will completely reshape how we do our jobs. Like other technologies, if we want to stay relevant, we need to modernize. With the wildly growing and fast-paced changing landscape that is IT, it makes sense that we move to automation, programmability, and infrastructure as code in the network.

Today, we can still buy networking gear, and SSH and the CLI are still the de facto ways to access and manage the gear out of the box. If we want to use APIs, we have to enable them and even do some lite configuration to make use of REST, NETCONF, and maybe even on-box python scripts. There will come a time, however, when we, as Network Engineers, will have to use the API to enable and use SSH out of the box.

Don’t Get Left Behind

In my role as a Senior Network Deployment Engineer at a Value-Added Reseller, I work with many different networking teams of various shapes and sizes and deploy networking solutions into their networks. I love to ask them all the same question: “What do you know about network automation?”

Here are some of the responses I’ve received:

These are all excuses. There, I said it. Excuses. If you’re not at least starting to think about picking up some automation skills, you will get left behind. It will be difficult for you to get your next Network Engineer position. Hiring managers are already asking about Python and API skill levels in interviews and we’re starting to see it more and more in Network Engineer job descriptions.

The beautiful thing about network automation is that it scales. Why not learn and master it on a smaller network now so you’re ready to do it on a larger network later?

Successfully adopting programming and automation is going to need a culture change for sure. If the whole team isn’t on board, it’ll be difficult at best. But don’t let that stop you. You could still automate and script things that you are responsible for and do. Then, you can be the catalyst for change! When your co-workers see the success you’re having, they’ll want to jump in and do it too.

Learn at Your Own Pace

And lastly, I can certainly understand being busy. However, saying you’re too busy to learn automation is like saying you’re so hungry you can’t find anything to eat. It’s a vicious cycle that’ll only get worse. Automation can help! Break the cycle and start learning automation today!

Now, just a few years ago, Python was all the rage (and it still is with good reason) and everyone was saying “Go learn Python!” And while there were plenty of resources for learning Python, not many showed it to you in the context of networking. Well, today that’s a whole different story. Here are some great resources for starting your Network Automation Journey!

I highly recommend Ansible as the place to start. You need only a little bit of Linux knowledge to get started and no programming background is needed. You can get going very quickly and it’ll only whet your appetite for wanting to go deeper and learn more. You could build a virtual machine or even run it on a Raspberry Pi – it’s that easy!

If you still do not think that automation and programmability add value, let me share a quick story with you.

Just earlier this year, I was working on a project where we had to upgrade over 100+ network devices at nearly 50 sites for an organization. We worked with the customer to understand their network and some new things they’d like to implement, including DMVPN secure overlay, TACACS+ for authentication using Cisco ISE, and some additional changes. We were able to templatize the config for all of the branch routers and switches, and we used Ansible to generate these configs for all 100 devices in a matter of minutes. Then, all that the deployment engineer had to do was arrive on-site and apply the Ansible generated config to the devices.

Lastly, there’s a great hour-long roundtable discussion coming up on September 15th at 1pm ET hosted by BlueCat Networks. Join the conversation as industry professionals, Ethan Banks, John Capobianco, Jon Macy, and Pheobe Goh, and more discuss Network Automation and how it’s affecting our industry. Also, if you’re not already in the Network VIP Slack, join ASAP to see the roundtable and to chat with me and others in Networking.

A.J. Murray is a Network Deployment Engineer for Red River. He has spent 15 years in IT as a generalist working as a Systems Administrator, Network Engineer, and IT Manager, covering Windows Server, Active Directory, and VMware Virtualization. He is now turning his focus to networking with a focus on Software-Defined network technologies, including SD-WAN and Data Center solutions. Additionally, A.J. writes articles on his blog, which can be found at blog.noblinkyblinky.com, and teaches courses as an Adjunct Professor at Champlain College. For his work as a writer/blogger A.J. has been recognized as both a Cisco Champion and VMware vExpert.

This post is part of a sponsored content series brought to you by BlueCat Networks. To learn more visit BlueCatNetworks.com