So we have VPLEX and despite some scratching of heads as to what it is; it is really quite simple,

Actually I think that the additional layer is useful; the ability to present ‘real LUNS’ from ‘storage arrays’ as a single ‘plexed LUN’ and keeping these LUNs in-sync might actually be useful in a number of use-cases. I can see it simplifying and transforming DR for example; I can see it making migration a lot easier and I can see EMC heavily leveraging their VMWare investments.  I’ve said it before and I’ll say it again; ever since EMC spun VMWare off, they have acted more in concert than when VMWare were wholly owned.

Is it useful enough to warrant EMC’s claim to have invented a new class of storage device?

I think I’ll let the vendor bloggers rip themselves to shreds over that.

I also think it is interesting that they have at long last decided to pretty whole-heartedly support third party arrays; if anything, this makes it an interesting announcement for EMC. Will they sell any? Well, it’s going to be an uncomfortable experience for your run-of-the-mill account manager when faced with a Storage Manager who says ‘Well you’ve just re-invented SVC/USP-V etc…you told me that they were rubbish, so why is yours any good?’

I think the heavy-hitters in EMC are going to be very busy supporting their account-teams. 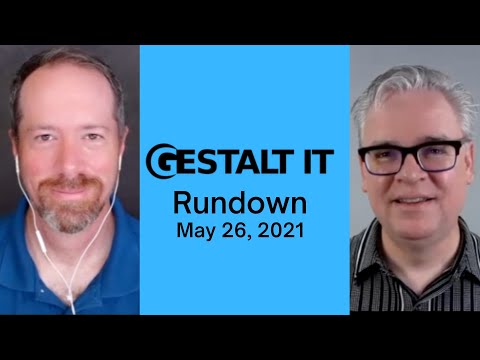 NAND Inventor Wants to Replace DRAM | Gestalt IT Rundown: May 26, 2021