When I worked for a VAR years ago, I had to spend some time justifying to our bigger customers what our value was. Why did they need to buy my services instead of just ordering the equipment? Why couldn’t they just spend a little more time looking up config guides on the internet? I spent a lot of time trying to find the perfect way to explain how my skills and tools and experience were invaluable in creating more than just a pile of boxes hiding in the corner.

Finally, I had the perfect analogy. I was the glue for their technology. Sure, you can just nail things together. But glue is something else. It bonds tightly. It fills all the gaps. It unifies the things you’re working with. Glue is the substance that can tie everything together in the best possible way. After I started explaining my skillset as the “glue” that customers needed the conversations were much easier to manage. 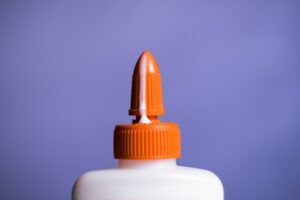 In the modern world, you’re going to need more than just people to be the glue for complicated IT projects. Networking, in particular, has become too complicated to be handled by just a few people. When you start turning up all the automation options in your environment you’re going to find that many of them don’t play well together. Just because something has an API doesn’t mean that it’s an API that is easy to learn or compatible with your existing infrastructure. You’re going to need some more glue.

Enter Itential. They’re a company built around the idea of managing all those crazy automation issues that you’re facing right now. A lot of those issues are caused when people just slap an API on something and call it a day. They look at adding this kind of interface as a check box on a feature list instead of actually using it to configure devices. APIs may not be consistent between devices or device families. It’s a mess.

So, how can Itential help? Check out this quick overview video from Chris Wade during Networking Field Day 22:

In essence, Itential realizes that you can’t possibly know all of the API languages out there. Even when they’re using the same descriptions they’re probably going about it in a very different manner. Itenital fixes that by creating an interface that is standard. They use a single API interface to talk to other devices and platforms. Itential builds connectors that interface with applications and devices to make things happen. Then all you need to interface with is the Itential Automation Platform (IAP).

To extend the analogy a bit, it’s not dissimilar from the way Kubernetes does things with the scheduler. You tell the scheduler what you want things to look like and the schedule makes it happen. You don’t have to program pods or nodes. You just dispatch the job and the workers do the work. In this analogy, the workers are the glue that ties everything together. With Itential, the IAP serves this function. IAP is the glue that makes sure your automation policies are carried out.

Seeing The Change You Want

Itential has you covered here as well. Take a look at this video, which includes a demo of the Itential Automation Studio (IAS):

IAS is the tool we need to get the automation journey started. Just because you can ensure your policy is carried out doesn’t mean you know how to write policy. You have to have a way to make it all happen. And the way that you can craft policy in IAS is magical. Because you don’t need to know arcane Python libraries. You don’t need to recall that this switch only supports these command sets. And you don’t have to spend your time learning Yet Another Automation Language only to find it can’t be translated.

Instead, you simply build your automation tasks in IAS and send them out. You let the system do all the hard work of converting that policy to something that can be understood by the devices on the other side. The platform does all the hard work. And you get to sit back and enjoy your coffee while you watch the magic happen.

I got out of the VAR life before automation got really big. I could have used it back when I was trying to do repetitive tasks on a variety of networks. In today’s world, I know that it would take too long for me to get up-to-speed on what I need to make this automation happen. Thankfully, should I ever find myself in a place where I need to get automation running quickly in a network, I don’t have to worry. Because I can get the Itential tools and start automating all the things quickly and easily. They’re the glue that I would get to put it all together now.