Getting close to the device you want to monitor is the biggest challenge in network analytics today. In order to get up-to-the-second data about a switch or router you really need to be as close as possible. For servers this is easy because the host operating system has the ability to run an agent or a kernel module to update the information on the fly. But doing that with networking devices has never been easy. That’s because the kernel of a network operating system (NOS) is hardened and almost impossible to program for.

Traditional Cisco IOS has never been an extensible platform. The monolithic kernel design did a terrible job of separating memory space. This meant that even system processes could run wild and crash the platform. Trying to add in third-party support was unthinkable. But with the latest IOS-XE and NXOS software, the idea of extending the NOS through modules is becoming more and more agreeable.

Cisco has also played around with the idea of extending their hardware platforms with service modules. The venerable Catalyst 6500 had a Network Analysis Module available for many years. Other platforms have security or compute modules available to extend device capabilities. But these units aren’t really integrated into the hardware aside from sharing a backplane. They often function as separate devices and can be difficult to configure. And, as in the case of all hardware, eventually they just age away to irrelevance.

This idea that hardware eventually fades away is core to the new concepts that Cisco is introducing into the Catalyst 9000 series of switches. Instead of relying on costly and complicated hardware to extend the platform, Cisco is moving toward a software approach utilizing containers.

Unless you’ve been napping under a rock for the past few years you’ve undoubtedly heard about platforms like Docker or Kubernetes. Container software gives you the flexibility to deploy applications in lightweight packages on a variety of platforms. Unlike virtual machines, containers don’t need a hypervisor to run. They merely need to have an OS that is Linux-like to provide resource access. Thankfully, IOS-XE and NXOS have enough compatibility to make this a possibility!

Having the ability to run containerized applications on Cisco Catalyst platforms is a huge deal. That means that the software can interface directly with the NOS itself. No more clever routing hacks to get things to flow past the right ports. No more SPAN ports. And because the containers are lightweight in terms of system resources you don’t have to worry about them affecting the performance of the system overall. 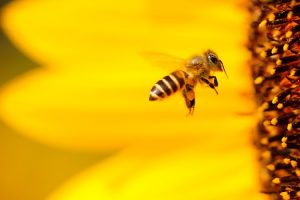 One of the companies that’s taking advantage of the capabilities of this platform in a big way is NetBeez. During the recent Cisco Live in San Diego, they were able to show off some of the great ideas they’re working on with Surya Raju from Cisco:

Stefano Gridelli and Panos Vouzis have been doing some great things with their Raspberry Pi units for a while now. But in order to shrink even further and get closer to the source of the data they needed to ditch their already impressively small devices. When the opportunity came from Cisco to run the NetBeez platform as a container directly on Cisco switches it was a perfect match.

The other huge thing is that Cisco is allowing NetBeez to run as a containerized instance on their platform. That’s a big step for the Cisco people to allow a non-Cisco piece of software to run directly on the hardware. It’s been done before with programs like Wireshark, but that tool is so ubiquitous that I would expect to see it almost everywhere. By embracing smaller companies like NetBeez and giving them access to the system at the level that Cisco can offer through their container system, NetBeez can gain an advantage and help augment Cisco’s analytics platforms at the same time.

Containers are the future of software. But, more importantly, that future also includes a fair amount of cross-platform work as well. The old proprietary ways of doing things are best relegated to a time when IOS was a monolith and gigabit Ethernet was a pipe dream. The new world of cloud, containers, and cross pollination is the world that I want to see because it allows companies like NetBeez to thrive.