Members of the U.S Congress believe that Amazon may have been more involved in attempting to win the initial JEDI contract and SolarWinds is under fire again. We discuss these stories and more on this week’s Rundown.

REvil Victims Refuse to Pay for Kayesa After Attack

Adding insult to injury, several Kayesa customers affected by the recent REvil ransomware attack on the IT management software company are now refusing to pay for their Kayesa service. Are the customers in the right, having been made the victims of the REvil attack and this is Kayesa getting their just desserts, or should their customers pay what they owe and be more supportive?

Broadcom in Talks to Buy SAS

The powerhouse chipmaker, Broadcom, is looking to continue its acquisition momentum, now focusing on the SAS Institute as their next target. After being rebuffed by the Trump administration in their attempts to acquire rival chipmaker, Qualcomm, Broadcom looks to diversify their portfolio to include software, an effort made apparent by their most recent acquisitions, CA Technologies and Symantec. How will the SAS acquisition bolster the Broadcom family of products?

Although once a thing of science fiction, quantum computing is now a very real possibility in the enterprise, and Dutch startup, QuantWare, wants to make it into a reality. The company sells and ships quantum processors, which up til now, were only available through cloud services put on by the likes of Google, IBM, Rigetti, and others. Now, you can purchase processors of up to 5 transmon qubits with 99.9% fidelity from QuantWare, who claim that, by 2025, quantum computing will surpass the capabilities of standard computers. With that in mind, do you think we’ll be seeing a more widespread adoption of quantum computing in the enterprise?

It looks like the SolidFire is flickering out as David Wright officially announced his departure from NetApp to helm a fintech company based out of Denver, CO. Although the move was some two years in the making, the official exit sparks question marks about the future of SolidFire under NetApp.

Microsoft confirmed they are purchasing the threat intelligence and cloud-based software as a service company, RiskIQ, to embed into their line of core products. The product itself was integral in the discovery and understanding of the Magecart malware, and in this $500M+ deal (the actual amount still undisclosed), Microsoft looks to expand the security capabilities of their products to new heights. In light of the recent supply chain attacks on SolarWinds and Kayesa, do you think Microsoft will be better equipped to prevent such attacks on their customers?

SolarWinds Under Attack Again, This Time a Zero-Day

As if things weren’t already bad enough for SolarWinds, who fell victim to one of the biggest cyberattacks in history last year, the company is now under fire again. This time, however, attackers are taking advantage of a new zero-day vulnerability in the software to target specific SolarWinds customers, although the identities of those affected, as well as the full extent of the attack still remain unknown. In your opinion, is it time for SolarWinds to hang their hats in shame, or should they keep pressing on amidst this incessant targeting?

Amidst the resurfacing of the former JEDI now JWCC (or J’Wookie), members of U.S. Congress believe that Amazon may have been more involved in attempting to win the initial contract than they initially let on. Rep Buck of CO and Sen Lee of UT filed a joint statement declaring they believe that Amazon attempted to circumvent ethical boundaries in order to win the JEDI contract, and want representatives from the company to testify under oath before Congress. In light of this, do you think Amazon will have a horse in the JWCC race? 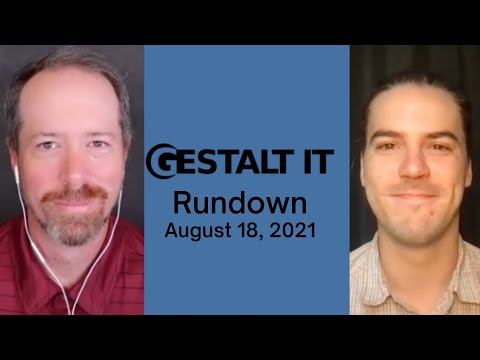