NetApp worry me as a company; despite their record revenues this quarter, they strike me as a company in trouble. And as an end-user who wants/needs a competive storage market, this is a little concerning.

Now obviously, you are now thinking that ‘Bod has gone mad, so I better explain my reasoning.

Over the past year or so, NetApp have been quietly dropping products under the guise of focussing more on their core but if you look at things, their core is actually very narrow. Dropping unprofitable lines is obviously generally good business but I don’t see these lines being replaced with anything. Their product range is narrowing, this is not the actions of company confident in their ability to provide solutions to a market-place which will become increasing solution orientated. This is a company who is willing to be a little cog in the grander scheme of things!

The struggle to get OnTap 8 out of the door has in my opinion meant that the company has not really focussed on providing innovative new products. NetApp are currently not innovating and the rest of the market are catching up and some could rocket past them.

Some of the comments I’ve heard from people who have looked in more detail at OnTap 8 are concerning as well. If you are running OnTap 7; it appears that there is little for you, if you merely upgrade. It sounds like that a full re-implementation is required to take advantage of features like 64 bit aggregates.

When EMC announced Atmos, NetApp dropped big hints that they had a RESTful object oriented storage product in the works. This has yet to surface and I’ve not heard anything more than ‘watch this space’ muttering but there’s no product shipping.

Another reason that I am concerned about NetApp are that they are a single product company; if OnTap 8 struggles to gain acceptance, there is little for the company to fall back on. And there seems to be little appetite at the moment to broaden the NetApp product range and as I said earlier, they are indeed shrinking their portfolio.

The failure to take over Data Domain and loosing that battle to EMC, I suspect damaged the company’s confidence internally and I wonder whether they currently have the appetite to embark on an aquisition campaign but surely that is what is needed if they are to grow quickly enough to survive as a company long term?

The clustered NAS vendors could cause them pain going forward, the Isilons of this world are looking to do to NetApp what NetApp did to EMC. In fact NetApp remind me alot of EMC of four or five years ago, which is ironic as much of NetApp’s appeal was that they are not EMC!

And what’s worse, you’ve got some big players who could do immense damage to NetApp; I’m thinking IBM, Oracle and HP. IBM with SONAS could hurt them at the high-end and Oracle with the 7000 series could really hurt them in what has been traditionally their heartland; medium-sized NAS environments. HP could revitalise their storage business under Dave D but that is probably a longer term turn-around as opposed to immediate threat.

Yes NetApp have spent time building some strong partnerships but even this is a bit ‘meh’; not a huge amount of organisational innovation here. Nothing which made us sit up and think, ‘blimey, that was a clever move!’

In fact at the moment, ‘meh’ pretty much sums up NetApp as a company. Lots of companies go through a ‘meh’ period; HDS have been sitting in theirs for some time and need to come out pretty soon. EMC went through their ‘meh’ moment…IBM and HP have managed to have ‘meh’ decades in the past! Can NetApp come out of a ‘meh’ moment fighting and innovating? Lets hope so!

p.s I’ve labelled my own post as FUD…because if a vendor had written this…I might have accused them of writing FUD! 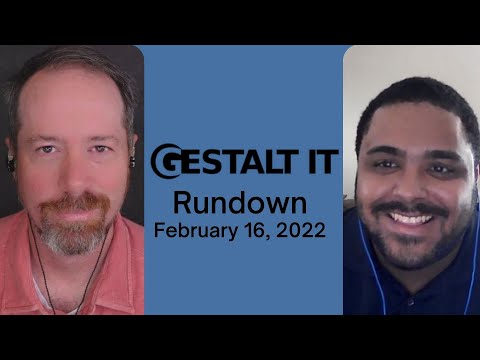