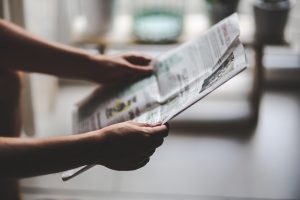 This week in Gestalt News:
– Tom Hollingsworth and Rich Stroffolino discuss the Panera data breach
– Max Mortillaro looks at InfiniSync, a zero RPO over any distance solution from INFINIDAT
– We consider the merits of an Apple VPN

For anyone who’s even remotely followed Microsoft, the change in the company over the last few years is nothing less than startling. Under Bill Gates and Steve Ballmer, the company focused on driving everything toward Windows. Their best software ran on Windows, and they pushed as much as possible to have Windows take over the world. Since this is a proprietary OS, the result was a very monolithic company that tried to lock down everything. Combined with aggressive (and often legally dubious) business practices, Microsoft developed a reputation as the “Evil Empire”. So the change in company culture when current CEO Satya Nadella took over was nothing less than seismic.

The End of No Breach Ransomware?

Is Backup Dead? The On-Premise IT Roundtable