When Francis Scott Key was held onboard the HMS Tonnant during the Battle of Baltimore, he watched the bombardment of Fort McHenry and was so moved by what he saw that he wrote the poem that later became the national anthem of the United States. He wrote about rockets’ red glare and bombs bursting in air. Every American citizen is probably singing along with the words right now.

But which bomb or rocket was it that inspired him to write the poem? Can it be traced to something done at a specific time that finally made him grab a quill and start jotting down notes? Was there some specific time in the battle that he suddenly realized that this was the historic time and place that would immortalize his name and words in the hearts and minds of the populace? Or, was it instead the moving situation overall that was the source for his retelling? Perhaps it was the development of the entire situation from beginning to end that was important. After all, if Fort McHenry had fallen it would have made for a terrible poem. If the British ship had run out of ordinance after an hour it would have been a very short song. 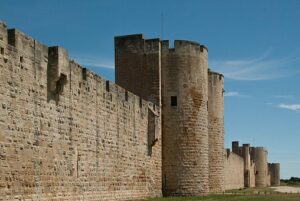 IT is focused on troubleshooting at a point in time. We take snapshots of storage and virtual machines so we know what something looked like at 8:27am last Tuesday. We have analytics for a point in time that says that 2:13pm on March 30th was the exact moment when the primary supervisor engine on the core switch rebooted itself spontaneously. But those points in time only tell us about the specific second that something happened. They don’t give us the overall picture of what’s going on over time.

Metageek is a company that has spent a lot of time working on wireless troubleshooting. I remember first seeing them all the way back in 2011 when Ryan Woodings was telling the story of using Microsoft mice as his first wireless dongle to do spectrum analysis. Ryan and Metageek have come a long way since those days, but the idea behind making wireless tools remains the same. Metageek wants to help you troubleshoot what’s wrong with your wireless network.

But wireless is a fickle medium. Unlike storage or wired networking, there are a variety of things that can impact wireless that are transient or difficult to detect. Anyone that’s ever complained about things like coverage holes or seen first hand what a wireless microphone pack can do to a conference room AP will know that these problems can be here one day and gone the next. Because you can’t know for sure when something might pop up, you are at a disadvantage when you’re trying to troubleshoot.

Tools to troubleshoot wireless problems are only as good as your ability to analyze what’s going on, though. If the results of the tool analysis are from a specific point in time are locked on a laptop somewhere in the bowels of the operations team’s office it won’t do anyone any good. What’s needed is a way to collect those reports and present them in such a way as to understand what’s changing over time and how you can see problems starting to arise from usage patterns or other things that are difficult to see at a specific moment in time.

Gave Proof Through The Night

Metageek has taken their excellent troubleshooting tools a step further by developing Rampart, a cloud-based tool they debuted at Mobility Field Day 4 and discussed a bit in this blog post. Here’s an excellent video all about what Rampart is trying to accomplish:

In the video, Ryan and Adam Miedema show off what Rampart is doing with all those InSSIDer snapshots and Air Viewer captures. Each of them is a point in time, just like the rockets from the Battle of Baltimore. But each rocket or cannon shell or snapshot tells a story of the greater whole. And Rampart gives you the ability to pull them all together in one place and analyze them. You can do simple things like look for changes in coverage or strength through delta analysis. You can look at individual SSIDs or at entire bands for interference. And you can do it all from a slick and easy-to-use dashboard.

But the biggest “key” feature of Rampart for me is something Francis Scott Key didn’t have: collaboration. Because Rampart gives you the ability to have multiple people updating the database and uploading snapshots! Now, instead of having to send one of your senior wireless engineers to the site to figure out why Donnie doesn’t have decent wireless coverage at his desk, you can instead send out your junior admin with InSSIDer on her laptop and have her start collecting captures and uploading them to Rampart. Once they’re in the cloud, you and the entire team can look at them and direct your on-site person where to go to collect more data and find the source of the problem. And since all of that information is stored in Rampart you can hold on to it as long as it is needed to reference again should something happen at Donnie’s desk or in the neighborhood around it.

Tools are only as good as their ability to help us understand what’s going on. The quill in Francis Scott Key’s hand was only the method he used to write the Star-Spangled Banner. He helped us understand what he saw that night in the harbor. Likewise, Metageek is giving us the tools to help us understand how we need to make our wireless networks better. And those tools are getting a massive boost from services like Rampart, which enables us to learn more information faster and over time and with the rest of the team. And that’s something that should be hailed any time of the day, not just by dawn’s early light.

For more information about Metageek and their suite of tools, including Rampart, make sure you head over to their website at http://Metageek.com.