Specialization in a technology area is a double-edged sword. The upside is that you are very good at the thing you do. The downside is that you tend to avoid working on things other than what you’re good at. A lot of folks will attempt to work on things they’re not as good at doing but some outright refuse to step out of their comfort zone. That might be okay when you’re working on discrete technology. However, in today’s world of integrated systems, not being able to work on all the pieces can create troubleshooting problems.

I think back to an installation I was assisting with years ago for one of those big blade enclosure servers. There were lots of moving parts, from virtualization software that needed to be installed to storage that needed to be provisioned. I wasn’t completely familiar with the system so I was just shadowing the install for the time being. The networking gear that was installed in the enclosure was also unfamiliar to me. I asked a few questions about how it was going to connect to the rest of the network and was met with shrugged shoulders. Finally, after a lot of very pointed questions, the person doing the installation admitted to me, “I don’t know anything about networking. I just copy this thing and paste it into the window and it works when I leave. If it doesn’t, the customer can call support.”

In order to make sure the entire system is operating as it should we can’t start ignoring the parts we aren’t good at. Wireless networks are a great example. The wireless teams will spend a lot of time focusing on the wireless surveys and spectrum analysis to give all the deployed APs the best coverage patterns and throughput. However, issues on the back end of the network can impact the wireless performance. Bad cable runs, inadequate IDF switches, or even bad networking services can impact your users and have them blaming the wireless network. So how can we prove where the real problem is?

Your Ally In Network Testing

Even if you’ve never heard of NetAlly before you’ve probably seen their devices. The AirCheck is probably the most well known of the bunch. Over the past decade, the tool company has changed hands a couple of times. The most recent incarnation is known as NetAlly, now with a snazzy green color scheme. The tools underneath remain rock solid and easy to use.

During Mobility Field Day 4 this past August, NetAlly came up to the table to discuss some of their great tools. The AirCheck was the one that everyone knew and loved. But one of the tools we got a sneak peek at was the EtherScope nXG. This little tool is just what the doctor ordered when it comes to diagnosing problems across the entire system. 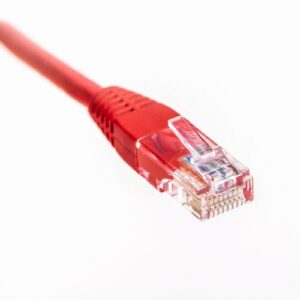 The AirCheck is a great handheld device for troubleshooting wireless issues. But once that packet leaves the air and travels onto a wire, the AirCheck isn’t quite as good. That’s where the EtherScope tags in. This little device has dedicated RJ-45 and SFP ports to test not only UTP copper connections but fiber as well! I can’t tell you how many times I really wanted a handheld fiber testing to make sure there wasn’t anything physically wrong with a link that wouldn’t come up. Instead of guessing or trying to look down the fiber run (please don’t do this stupid thing), a dedicated fiber tester would have gone a long way toward getting things resolved much more quickly.

But what happens when you need to do more in-depth testing and you can’t go on-site? How can you ensure that you can see what the EtherScope nXG sees without having to drive or fly to the place where the problem is happening? That’s one of the other genius additions to the tool. There is not only an Ethernet testing port on the top but a secondary port on the side that can be used for cable testing or for remote control. Yes, that means you can plug in a working Ethernet cable, wait for the EtherScope nXG to get an address, and then access it remotely! You can pull down all the diagnostic data that it sees about the wired or wireless network without needing to leave your desk. That may sound lazy to you, but when truck roll involved a plane ticket and can be upwards of $1,000 or more, it’s well worth it just to ship the EtherScope where it needs to be and do your work from your office instead of an airplane seat.

One last cool feature was pointed out by Tim Dennehy You can charge the EtherScope nXG via PoE. No more worrying about misplacing the AC adapter! Little touches like this make tools much more usable in the eyes of junior engineers.

Having the right tools means getting to resolution faster. Having a tool that can diagnose more than one problem at a time makes the work go even faster than that. Instead of the example I gave above where the techs didn’t want to stray outside their given area too much, you should instead hold your troubleshooting toolkit to a higher standard. Pick devices that give you the best overall experience for looking at a variety of problems and use them to make everyone in your organization happy. NetAlly has a great option for networking and wireless professionals in the EtherScope nXG. Make sure you take a look if you find yourself in need of a tool that tests every part of your system.