Tech Talks are sponsored conversations between industry leading analysts and influential companies. These posts explore the pressing issues in IT, examine fascinating use cases, and facilitate larger conversations.

These posts are written by our network of independent IT influencers according to topics selected by the sponsoring companies. Gestalt IT and these writers are paid by the company indicated in the header and sidebar.

To start a Tech Talk series of your own, contact us.

It’s been about a month since the Fall Open Networking User Group (ONUG) meeting in New York. I’ve had some time to digest what was discussed and what we are going to see going forward for the future of open networking. I must say that I’m excited to see what ONUG is going to talk about next. Because ONUG has the power to affect change in a way that we’ve never seen before. 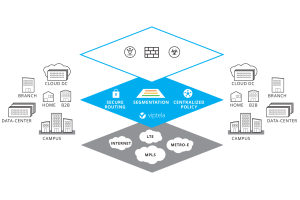 This is post 3 of 5 in the series “Viptela SD-WAN Tech Talk Fall 2016” The Packet Pushers Podcast recently recorded a Viptela sponsored, live podcast, in New York City. The podcast is titled “Inside Three Real-World SD-WAN Deployments“, and appropriately so since Viptela would prefer their customers talk about the product than putting a […]

This is post 7 of 8 in the series “ONUG Fall 2016 Tech Talks” The fall session of the Open Networking Users Group (ONUG) was held in New York City this year, with many large enterprises, financial institutions, and researchers discussing how SDN, cloud, and DevOps have been disrupting/improving the way their organizations operate. The […] 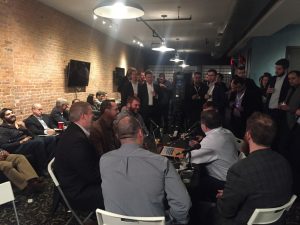 This is post 2 of 5 in the series “Viptela SD-WAN Tech Talk Fall 2016” I had a chance to sit in on the recording of a special episode of the Packet Pushers podcast that discussed the ways that Viptela has been helping organizations improve their WAN and offer additional services to their customers, both […]

This is post 6 of 8 in the series “ONUG Fall 2016 Tech Talks” ONUG Day 2 was focused on the discussion about how we can improve our network monitoring and use that information to build out better, more automated networks. Telemetry To The Future One of the biggest discussions was around telemetry and Monitoring […]

This is post 5 of 8 in the series “ONUG Fall 2016 Tech Talks” If you’ve been following the open networking movement at all, you’ve probably heard that the future role of the network engineer is in question. You can’t go an hour at a conference like ONUG without the topic coming up in conversation. Automation of […]

This is post 3 of 8 in the series “ONUG Fall 2016 Tech Talks” I’m currently attending the semi-annual ONUG conference in New York City this week and, as one would expect, open networking is at the heart of just about every conversation. One of the more engaging sessions of the event is something named […]

This is post 2 of 8 in the series “ONUG Fall 2016 Tech Talks” One of the key themes from the first day of ONUG was around the idea that ONUG working groups can come together to accomplish great things. When the brightest customer minds have a chance to work together to create a better […]