The tech industry is buzzing that Intel just canceled their Optane persistent memory technology. Except they actually didn’t cancel it! Instead, Intel is winding down their Optane persistent memory division, as announced in their quarterly results call, and will take a half a billion dollar write-down to do it. And there’s no news about the future of Intel’s Optane product line.

I don’t want to put too fine a point on it, but the Intel Optane products are not canceled yet. In fact, as of today, August 4th, 2022, Intel hasn’t explained what exactly is going to happen with the Optane product line next. If rumors are to be believed, Intel has built up quite a horde of Optane chips. Plus Intel finally released their 3rd Generation Xeon Scalable processors, code name Ice Lake, in volume, and they’re the ones that can make use of Optane persistent memory technology. What all this means is that even though Optane is dead, it’s kind of not dead. In fact, it’s kind of awesome!

Before we continue let me back up and talk a little bit about what Optane is. There is a historic division between memory and storage when it comes to compute architecture. The central processing unit (CPU) accesses caches and main system memory directly (usually dynamic or static RAM) and then there’s a gap both in terms of performance and cost until you get to the world of storage (flash memory, hard disks, tape, and so on). Optane sought to close that gap, essentially delivering capacity and persistence like storage but performance and low latency like memory. And, despite all the negative press, it actually worked really really well!

Intel co-developed this technology, which was originally called 3D XPoint, with Micron. Like many technologies, they experienced some teething problems with the first few batches, but it came to market in 2017. Unfortunately, the first products from Intel under the Optane brand was a line of fairly modest SSDs. This really set the wrong tone for the product going forward, and Intel spent the last five years trying to change the perception of Optane technology. It is understandable that they used the technology in SSDs at first, since they weren’t ready to have Optane act as persistent memory and wanted to get it to market, but putting it behind an SSD controller resulted in a fairly expensive SSD compared to flash. Even though it was fast and durable, there just wasn’t much of a use case for it. Micron never really brought their product line (which would have been called QuantX) to market and officially bailed out of the joint venture in 2021.

Most people came away unimpressed with Optane right from the start. What Intel really needed was their 3rd Generation Xeon Scalable processors and chipsets to come to the market, because those were the ones that could make use of Optane as memory. Unfortunately, Ice Lake Xeon processors were very late to market and Intel was struggling with negative press and manufacturing Xeon. When they finally did come out, and the Optane persistent memory mode was ready, it actually worked well. We here at Gestalt IT are just finishing a white paper (sponsored by Intel) where we talked about the ideal server configuration in 2022. Spoiler alert: the ideal server configuration is the 3rd Generation Xeon Scalable with Optane, Ethernet 800, and other Intel accelerators! Although the Xeon Scalable platform is not as impressive on a per-core basis (or in terms of the maximum number of cores per socket) as AMD’s EPYC, it’s everywhere. From the cloud to the data center, Ice Lake is available from every OEM. It’s cost-effective and gives especially impressive performance when combined with Optane persistent memory. That’s what Optane is really good for, and it’s available.

But now Intel is cancelling Optane. What happened?

Pat Gelsinger is trying to get Intel back on track, and after the struggles the company has had getting Ice Lake (and Sapphire Rapids) to market, he needed to make some cuts. Ice Lake was very late, and this impacted Optane as well. Gelsinger does not have a lot of patience for a company that’s not performing, and made the hard decision that Optane had to go.

But this doesn’t mean that Optane is dead! In fact, rumors suggest that Intel has a horde of Optane chips waiting to be sold. Since Optane and 3rd Generation Xeon Scalable processors deliver amazing performance for the cost, it is likely to be the next server architecture of choice. We predict that many more Optane-powered Xeon servers will be deployed in 2022 and 2023 and that these will deliver great bang for the buck. But that being said, Intel has definitively said that Optane technology development is done.

What comes next after Optane?

There’s really not anything else that acts like persistent memory in quite the same way. But companies looking for expanded memory are hoping that a new technology called CXL will give many of the same benefits. With CXL, a system can access much more memory located in a different chassis. A server can expand past its own memory footprint and use another chassis full of memory in the same rack or nearby. The server can use that memory as a second-tier of slower system memory whenever it’s needed. It’s especially powerful when combined with disaggregation software, since this enables the memory to dynamically move from server to server as needed.

CXL gives us many of the benefits of Optane in terms of memory capacity, but it doesn’t really address the cost of RAM. We don’t really have a good answer there, since although RAM continues to get cheaper, the cost reduction isn’t keeping up with demand. Optane promised to radically drive cost down, and CXL won’t really help with that: Next-generation systems will have all the memory they need, but it won’t be cheap.

The only other option is faster and faster NAND flash. 3D NAND flash chips are getting much faster and offering ever more capacity albeit with much reduced endurance. Smarter systems will be able to make use of modern flash in a way that gives some of the performance of Optane with more cost effectiveness than RAM. Instead of relying on persistent memory to fill that hole in the memory and storage hierarchy, CXL-based memory will move down and NAND flash will move up.

Optane will soon be done, and technology will continue moving on. 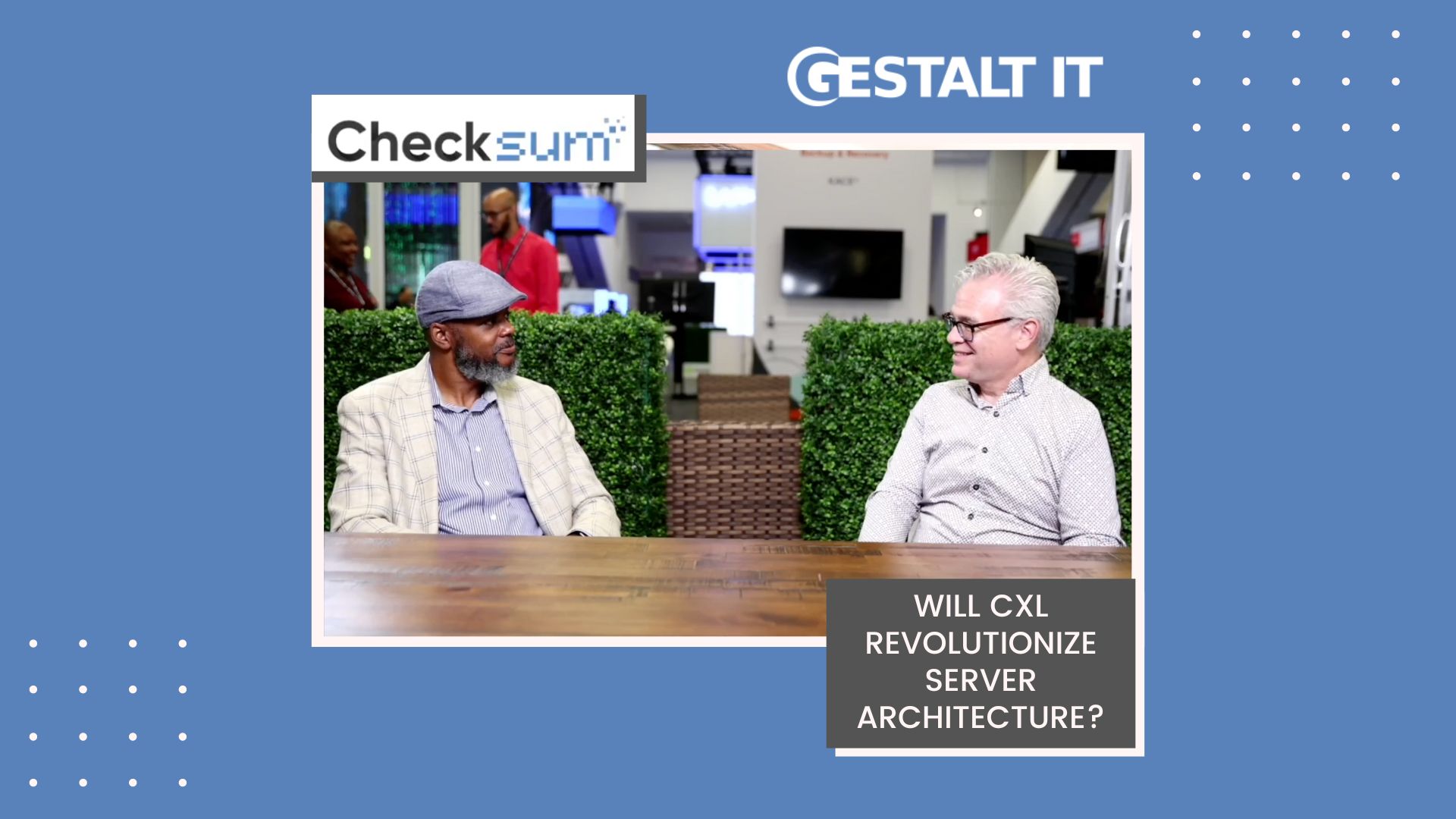