Almost since the birth of data centers, operators have single-mindedly concerned themselves with performance numbers, but right now, that focus is being split into other priorities like cost reduction and environmental responsibilities that were on the sidelines before. We recently sat down with Dr. Radoslav Danilak, Tachyum’s Co-Founder and CEO to talk about the current problems at data centers and Tachyum’s new launch- Prodigy, a breed of supercomputer processor chips that packs massive power and performance inside a one-chip architecture.

Data Centers Have a Problem, Actually More Than One

The alarming emissions at data centers today isn’t that big of a surprise if you consider their escalating energy footprints. Over the years, data centers have emerged and expanded at parallel rate guzzling terawatts of power and releasing sky-high CO2 emissions that currently account for a markedly high percentage of the global emission. But that is not the only problem modern data centers have. The list of pain points is long and growing every day.

Data centers have famously high OPEX and what’s snowballing it is low server utilization which on an average is less than 30%. With thousands of servers sitting idle, data centers cost organizations billions of dollars every year in TCO. And that is reflecting poorly on the performance growth.

Despite spending big on powerful GPUs and TPUs, enterprises are not happy with the performance they’re getting. Many are reporting a performance plateau, which when investigated reveals two hidden contributing factors- first, a shift from Moore’s law of performance increment which says that transistors on a microchip double in number every two years. That projection does not check out anymore. The other culprit stalling the performance growth is slow wires caused as a result of process shrink.

Data Centers of All Sizes Need to Contain Their power Demands

While emissions are soaring, some organizations have embraced the idea of green data centers. But to bring down data center carbon footprints to a reasonable low, organizations will have to do more than that. Since a lot of the energy used in these facilities go into cooling systems, chips with greater thermal efficiency would be a start.

The universality of AI/ML and HPC workloads in data centers means there’d be a steady need for high performing processors in the coming days but if the past trends have taught us anything, it’s that performance is costly. So, to mitigate both the cost and emission concerns, we need processors that can do more for less.

Tachyum just released a flagship microprocessor- the Prodigy Universal Processor with 128 64-bit CPU cores running at 5.7 GHz. Utilizing 16 DDR5 memory controllers, 64 PCIe 5.0 lanes and advanced 5nm process technology, it is an intimidatingly powerful processor and one of the highest-performing to enter the hyperscale market. With its horsepower, the Prodigy can handle general purpose computing to performance-intensive HPC and AI computing all with a single chip.

In Prodigy, Tachyum has combined the functionalities of CPU, GPU and TPU building an “universal processor” that can tackle all of the problems of power usage, underutilized servers, slow wires and performance taper. With Prodigy boasting a design that can handle ML matrix and vector processing right off the bat, we are looking at a processor more powerful than many of the previous best in the market, but also potentially more energy and cost efficient.

Tachyum’s engineering of this new processor has enabled them to crank up both performance and energy efficiency. Thanks to that, AI workloads that scale rapidly will be able to take better advantage of the extra power offered by this processor.

Running most compute heavy workloads without breaking a sweat, Tachyum Prodigy is a processor that delivers performance far and above what most processors are bringing the market. The secret sauce of such impressive performance is its single architecture. When other processors rely on separate hardware to handle diverse AI/ML computes, the Tachyum Prodigy can perform them on individual cores eliminating the need to share the load adjacent chips.

As for energy-efficiency, the processor uses ultra-low power that can lead to aggressive lowering of TCO at data centers. Compared to other processors, Prodigy delivers 10 times more performance at same power.

All in all, it goes without saying that Tachyum’s claims of Prodigy being superior to some of the biggest competitors out there is backed by visible performance results. At its low energy usage, there is some significant savings to be had here. By scaling up compute capacities and offsetting carbon footprints, it will move the needle in a big way. Special thanks to Dr. Radoslav Danilak for the deeply technical briefing and Mark Smith for making it happen.

Check out the Tachyum’s Prodigy SKUs at their website. For more exclusives like this one, keep reading here at gestaltit.com. 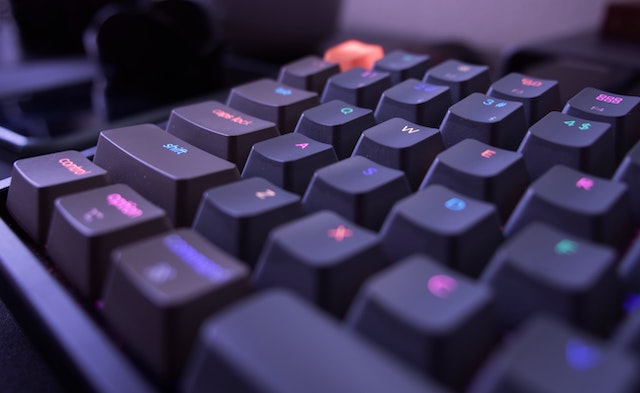 The Case for HPC in the Enterprise