Odds are good when you think about the name Meraki you think about wireless access points. Given their history with wireless networks at MIT you wouldn’t be wrong. But ever since the Cisco acquisition some seven years ago, Meraki has slowly been expanding into a variety of cloud-based device offerings. Some make a lot of sense, such as switches and firewalls. Others aren’t as clear, such as SD-WAN, but make strategic sense. And yet, the one that seems to be the most interesting was courtesy of a presentation at the recent Tech Field Day Extra at Cisco Live US. Meraki has gotten into the camera business!

The Lens of Truth

As explained expertly by George Bentinck, Meraki is moving into the camera market for a variety of reasons. Firstly, these are wireless IoT devices. That in and of itself would be a great reason for Meraki to make the move. Likewise, these devices also require some measure of control to use effectively. That ticks another box for Meraki – cloud control. Lastly, these cameras are just something neat, which also ticks the final box for Meraki – discussion. Given the opportunity to talk about a cloud-managed wireless IoT device you had better believe that Meraki is going to jump all over the opportunity.

I used to install security cameras as part of my network engineer role. Well, I say that I did. I really helped on the networking side of the house. Because security cameras are a whole other beast unto themselves. Aside from putting the correct IP on the network video record (NVR), the rest was crazy. You had to run extra wires for low voltage power. You had to make sure your cameras were in the right spot so they didn’t get blown out by the sun or a sodium light at night. You had to adjust movement thresholds for motion capture or else your NVR would run out of disk space. And you had to do some crazy stuff to get the video recorded to a DVD to turn over to the authorities in case of legal action.

Meraki is doing a lot to simplify this whole mess. The first way is by doing away with the NVR. Instead of having each camera blasting video over the network to a recorder, the video is instead kept on the camera itself. Each of the Meraki cameras come with 250GB of on-board storage. And that number is flexible. You can adjust what causes a motion capture event and what the threshold is for recording pre and post event. That means you can make sure you’re only capturing the important stuff and discarding blowing tree branches and such. And when the camera thresholds are set it tells you approximately how long that space will last in days or weeks so you know how long you have to pull the data so it’s not overwritten.

But making the process easier at this point is table stakes. Even if all Meraki did was deliver an experience that simplified the woes of camera installers everywhere, it would be good but not Meraki-like. That means the wizkids there need to go above and beyond. And they have in a couple of different areas.

One of these is the motion heat maps that can be built by the system. You can see the traffic that goes past certain locations in the camera view. You can build a type of visual histogram to track people over time. Did they stop in front of the fish tank? Or did they stop at the display right next to it? Did the delivery drivers take the most efficient path to your door? Or did they walk through the yard instead? All of these questions can be answered through the software functionality built into the cloud powering the Meraki cameras. The analytics functions can tell you everything you want to know about the people walking through your camera’s view. And thanks to the AI and ML being integrated, you can do basic recognition of people with an eye toward privacy. So you can identify the person that likes to come visit your fish tank every Wednesday afternoon. Even if you don’t know their name, you’ll know it’s the same person.

Fisheye in the Sky 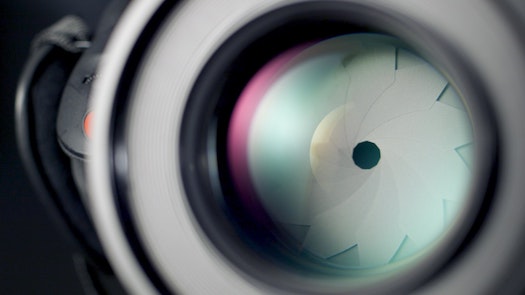 The other thing that impressed me was the Meraki MV32 camera. At first glance it doesn’t look that much different from the other cameras in their offerings, except for maybe the fact that the dome is a bit flatter. But that’s because the camera is actually a fish-eye lens. That means rather than needing to be pointed at a particular spot like a fixed-focus lens, it instead can see in a wider field of view. How much wider you ask?

That’s right! The MV32 can see all around. And that’s not all. It records 360 degrees at a very high resolution. Which means that you can do virtual pan/tilt/zoom (PTZ) through software. If you’ve every tried to price a PTZ camera you know the adjective “reassuringly expensive” comes to mind. PTZ cameras are much more costly because of the extra hardware complexity. Worse yet, if you want to take full advantage of using them you need someone manning the controls 24/7. They’re generally a bad idea for hands-off installations.

Instead, the Meraki MV32 “fakes” PTZ by recording the whole video and then using software to “dewarp” the picture. That means you can zoom and pan to any location in the field of view and see who was around the camera. It’s gives you a great way to see what happened as people tracked through the shot. I can think of at least two times in my old career when I wished I’d have had this functionality to see what happened behind the camera before the subjects came into view.

I’ll admit it: I chuckled when I heard Meraki was making a line of security cameras. When I hear about a company expanding outside their comfort zone it usually entails a cheap ODM solution that is never fully integrated into their offerings and is quickly dropped when customer demand never materializes. Instead, Meraki seems to have put a lot of thought into reimagining the camera and how it should operate in a modern, cloud-managed network environment. I’m curious to see how Meraki will continue to push the envelope with new software features and continue to increase the value that can be derived from these cameras.