Ben Thompson writes about Intel at an important point in the company’s history, as former CEO Brian Krzanich resigns and the processor giant struggles to define its future and move past a history of dependance on integration. 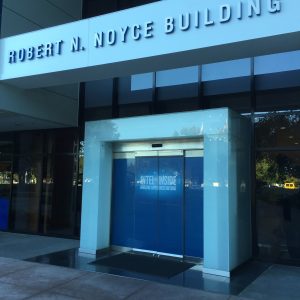 Intel’s long success brought it to a precipice

Much like Microsoft, Intel made its fortune through IBM’s outsourcing in the 80s. Although AMD appeared to be a viable competitor with their licensing deal for the 8086 and 8088 designs, Intel’s huge investments into newer and faster designs and smaller and more efficient manufacturing processes allowed them to capture most of the profits from integration.

Intel’s integrated model produced a lot of profits over the years, but lately it has shown itself to be a double edged sword. Intel has essentially missed out on both the market for mobile and non-general purpose processors, and their market-stalling tactics have led them to a precipice of losing their edge in even high-end applications.

While it may be easy to blame Krzanich (and it is most certainly is partly his fault) and Intel as a whole for their persistent reliance on this integrated model, it is also important to remember, as Thompson says, “to demand that Intel apologize for its integrated model is satisfying in 2018, but all too dismissive of the 35 years of success and profits that preceded it.”

Read more at: Intel and the Danger of Integration