I used to think that the HBO show Westworld was a dramatic examination of the implications of sentience and free will, wrapped within a critique of techno-optimism. But W. Curtis Preston opened my eyes with this piece. Turns out, it’s actually a very carefully crafted metaphor about proper storage and backup.

I’m not familiar with these sorts of media interpretations. After all, I did write a piece that argued that Rogue One showed the IT incompetence of the Empire. Westworld shares some of the same issues as the Star Wars film. There seems to be a lack of understanding of 3-2-1- backup and how to properly protect against insider threats. 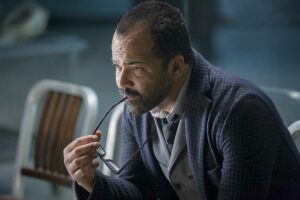 “Why did I leverage snapshots to implement incrementals?”

Now, would either of these media properties be as entertaining if the writers had a keen understanding of backup and recovery? Hard to say. I mean, imagine Jeffrey Wright logging into his AWS console to make sure his S3 bucket is properly encrypted, only to realize that one of the hosts recovered data and incurred a huge egress charge. Now that’s drama!