If you’ve ever done troubleshooting work in IT, you know the dreaded statement about escalation. It’s a punt from someone who thinks you’re either an idiot or they need someone else to yell at to make you work harder. It’s the ‘speak to the manager’ syndrome, tech edition. I’ve been on my fair share of troubleshooting calls and truck rolls where the sole purpose for my presence was to talk to the customer and let my engineers get the real work done. Not because they weren’t capable. But because the customer needed to escalate it to feel like they had accomplished something. 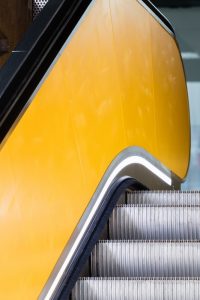 Eyvonne Sharp has been there too. And she has written down some great thoughts about this escalation culture and how it can ultimately destroy the good work your teams are doing due to lack of trust and ultimate resolution. Her eloquent response to a couple of tweets says it way better than I could. For example:

More commonly, the demand for escalation arises from a fundamentally flawed assumption — the belief that those with executive power and positional authority can fix a problem merely by applying increasing pressure. Many have operated under this assumption for so long, it has become a culturally ingrained self-fulfilling prophecy.

Definitely check out more of this great article on her blog here: Escalate This.

Juniper and Mist Put AI at the Helm of Wireless Networking