Dell Technologies announced that they will spin off their share of VMware to help pay off some of their corporate debt and the FBI Remotely Patches Exchange Servers. We discuss these stories and more on this week’s Rundown.

Microsoft patched a nasty NTFS bug this week that could allow an attacker to craft a file that would corrupt your drive with a single click. The feature in Windows 10 preemptively marks drives as corrupted to prevent data loss. The file would mark the disk as dirty and force a reboot to check the disk for consistently immediately.

A report from 2010 states that Huawei may have been able to eavesdrop on mobile telephone conversations that included the Dutch prime minister. This week Dutch newspaper De Volkskrant released details of the report and noted that over 6.5 million users could have been impacted on the KPN mobile network. When asked for comment, KPN admitted the existence of the report but noted that they had not observed the Chinese tech firm engaging in such behavior.

Nebulon isn’t just stopping at the cloud. The vendor, which launched their cloud-defined storage platform in 2020, has moved on to encompass hyperconverged infrastructure as well. The Storage Processing Unit PCIe card is being combined with servers and management software to becoming the platform for the HCI offering. Nebulon CEO Siamak Nazari says “customers want the cloud experience for their on-prem infrastructure.”

Xilinx is adding more power to their impressive lineup of chips. The company announced Kria, a new solution aimed at providing resources for AI computing at the edge. The new offering is a smaller form factor specifically designed for smaller devices. The idea is that the embedded chip will allow devices to be deployed more quickly to ramp up AI capabilities for an organization. The Kria solution is being positioned as a competitor to the GPU-focused solutions coming from NVIDIA, which makes sense given the recent acquisition of Xilinx by AMD. Stephen, what does this mean for the future of Xilinx and purpose-built chips?

Dell Technologies surprised the market on April 14 by announcing something we long suspected: They will spin off their share of VMware to help pay off some of their corporate debt. While we’re not financial analysts, these are two very important companies in the enterprise IT space. What should people like us make of this announcement? Will things change or is this just a financial maneuver?

The Department of Justice has revealed that the FBI got into the patch game over the past few weeks. The law enforcement agency logged into vulnerable Microsoft Exchange servers and implemented a workaround to prevent the systems from being exploited by a series of vulnerabilities that were released earlier in the year. While this action is something that would normally be lauded, privacy advocates are worried about the optics behind a government law enforcement agency gaining access to private servers under any circumstances without a warrant. 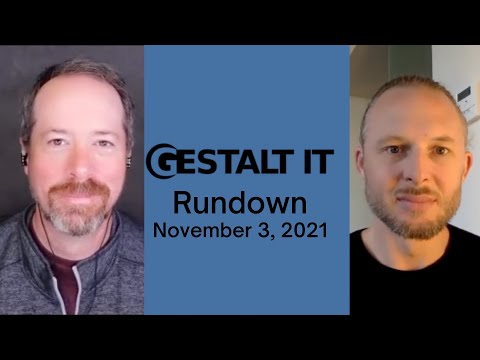