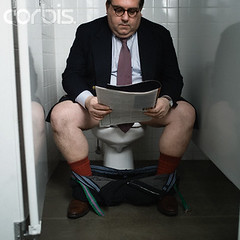 I’ve been hearing little teasers from Frank Denneman (One of the Authors) about this book since way back in the summer when it was first announced.  Now I finally have my hands on a copy.

Most people would have heard of the two guys (Duncan Epping and  Frank Denneman) who wrote this book and most of you will know that these guys are smart, real smart. This is something that has drawn me to read this book. Being a regular reader of their blogs I know that they are very “straight to the point” people. There will be no bullshit. Just good, complicated, technical content.

So far, I’ve read it on the bus, train, plane, taxi and tram. To be honest, any spare time I’ve had, I’ve picked it up and read a little. Usually, with me this wouldn’t happen. I’ve often found many IT books to be too large/heavy. So much so, I don’t carry it around with me. This book is a good size, 220 pages.  It’s really easy to read, it’s like reading a long blog post. The language is informal, there is a little humor in there to. The chapters are short so you don’t always need loads of spare time to read a section. It could even used as a Toilet Book, you could get a chapter read in a single visit.

I like to think I know quite a bit about virtualisation, I work for VMware so I really should.  I know how to setup/configure HA and DRS and I’ve done it many many times. Select this setting, click a few drop-down menus and hey presto, HA and DRS does it’s thing — Feet up, relax. It’s the same for Reservations/Share/Limits, we all have a good idea of what they do, but do you fully understand the impact of the changes you are making? Are you making the right decisions? Read this book and you will be able to answer Yes to both of those questions.

In addition to the in-depth technical information, there are also Pro’s, Con’s and  recommendations  for various design configurations helping you to make decisions on what is best for you and your environment.

It’s one of those books where you can take as much or as little as you like. If you want a better basic knowledge or HA and DRS, then this book explains everything in a very clear and easy to understand context. If you really want to know how the DRS algorithm calculates the Priority Level of a Migration Recommendation this book will also service you well.

This book is available NOW from the following:

Wi-Fi Monetization is Bad - The On-Premise IT Roundtable