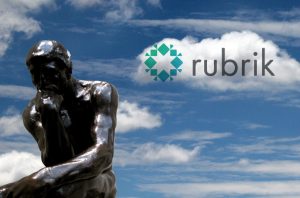 Jeff Bezos has always advised to let your customers guide how you develop a product. In fact, one of the core missions of Amazon is to ensure, “every day to make every important aspect of the customer experience a little bit better.” This is clearly what you see when peeling back the onion on the data management company, Rubrik. Like the winged monkeys marching in the “Wizard of Oz”, Rubrik has charted a course in the data ocean that’s taken them from a scrappy startup with a very intriguing scale-out based value prop, to a clear contender for Enterprise data management needs. While there has been a lot of buzz around features and functionality within the product, I’d like to take a step back to analyze how I feel they hit the mark for enterprise deployments today in the first of a few blog posts focusing on the product directly.

Welcome to the first Gestalt IT Server News for 2017. Here are some of the stories on tap.
– The Gestalt IT 2017 Predictions!
– We take a visit to a digital server graveyard
– Plus, why Red Hat makes more money on Docker than Docker

Hungry Microsoft is the best Microsoft. This is my first experience getting to know this leaner behemoth. By the time I became technologically aware, I remember Microsoft having such a tired sense of inevitability. That was the Microsoft that left us to use Internet Explorer 6 for years on end. I never got to experience the company during its triumphant march across IT as it steamrolled competition during it’s earlier days.

I won’t go so far to say that the company has been truly humbled, but we see a very different company from Redmond today. The essential turn away from Windows and into a cloud services company has led to some truly bizarre moves. As a former Linux hippie, I’m used to worrying that Microsoft would sue Linux out of existence. Now, we live in a world where they’re bringing SQL server to the platform.

I don’t really agree with Hans’ “positive” lightning comment, unless you call it positive when you discover that Microsoft licensing is just as bad as VMware… But here you go! A great discussion of SQL Server licensing changes and the new SQL tax!