Some of you know I took on a new job earlier this year, where the challenge was (and is) to transform a globally distributed network for a growing company into an enterprise class operation. A major focus area has been eliminating single points of failure (SPOFs): single links, single routers, single firewalls, etc. If it can break and consequently interrupt traffic flow, part of my job is to design around the SPOF within the constraints of a finite budget.

The network documentation I inherited ranged from “mostly right but vague and outdated” to “a complete and utter fantasy requiring mind-altering substances to make sense of”. Ergo, untrustworthy to the point of being useless beyond perhaps slideware to show a particularly dim collection of simians. I have therefore been doing complete network explorations, building new documentation as I go.

To my horror, I one day discovered an egregious SPOF, where a single, fragile piece of CAT5 provided the sole physical path between two major concentrations of network activity. If that link ran into any trouble, an entire room containing hundreds of physical and virtual servers (and their storage) would have been cut off from the rest of the company.

To eliminate the physical path SPOF, the easy choice was to transform the single link into an etherchannel. This I did; the single 1Gbps became a 4x1Gbps etherchannel plumbed back to one core switch. For good measure, I added a second 4x1Gbps, plumbed to a second core switch. Spanning-tree roots had already been established such that even-numbered VLANs would traverse one of the 4x1Gbps etherchannels, and odds the other…which you can read more about here if interested.

All should now be sweetness and light, right? A 1Gbps SPOF (and probable bottleneck) was transformed into a load-distributed pair of 4x1Gbps etherchannels, and hey, if they weren’t complaining about the 1Gbps link before, they ought to be blissfully happy now!

Enter the scaling problem: when it comes to etherchannel, 1+1 does not equal 2.

This behavior can impact the network. Imagine backup server BEAST with enough horsepower to fill a 1Gbps link who is runing a restore operation to server NEEDY. BEAST and NEEDY are uplinked to different switches interconnected by an etherchannel. As the restore runs, each frame is hashed by the switch to determine which etherchannel member to forward across; the math will work out the same for every frame, meaning the entire conversation between BEAST and NEEDY is going to be forwarded across the same etherchannel member. The result is kind of like the picture above — one member that’s crushed, while the other members lie comparatively idle.

The switch is not sensitive to an etherchannel member getting crushed; the switch just keeps on doing mad maths. Therefore, some other conversations heading across the link will just happen to get hashed to the same link that the BEAST-NEEDY restore operation is using. Those other unfortunate conversations will therefore suffer the indignities that happen during link congestion: dropped frames and increased latency. The real-world experience is that certain applications act slow or throw errors. Storage could dismount. Monitoring applications get upset as thresholds are exceeded.

Of course, it’s now up to the network engineer (you) to discover why the alarms are going off, track down the offending traffic flow (you are modeling your interswitch links, right?), and figure out what is to be done about it. In my experience, you won’t have a lot of luck explaining what’s happening to non-network people. I’ve had a hard time explaining that 1+1 doesn’t equal 2, (or 1+1+1+1 doesn’t equal 4). You don’t really have a 2Gbps or 4Gbps link just because you’ve built a fancy etherchannel. You’ve really got multiple parallel 1Gbps links, any one of which can still get congested in BEAST-NEEDY scenarios.

So Fix It, Network Guy

There’s a few ways to tackle the challenge of 1+1 not equaling 2. 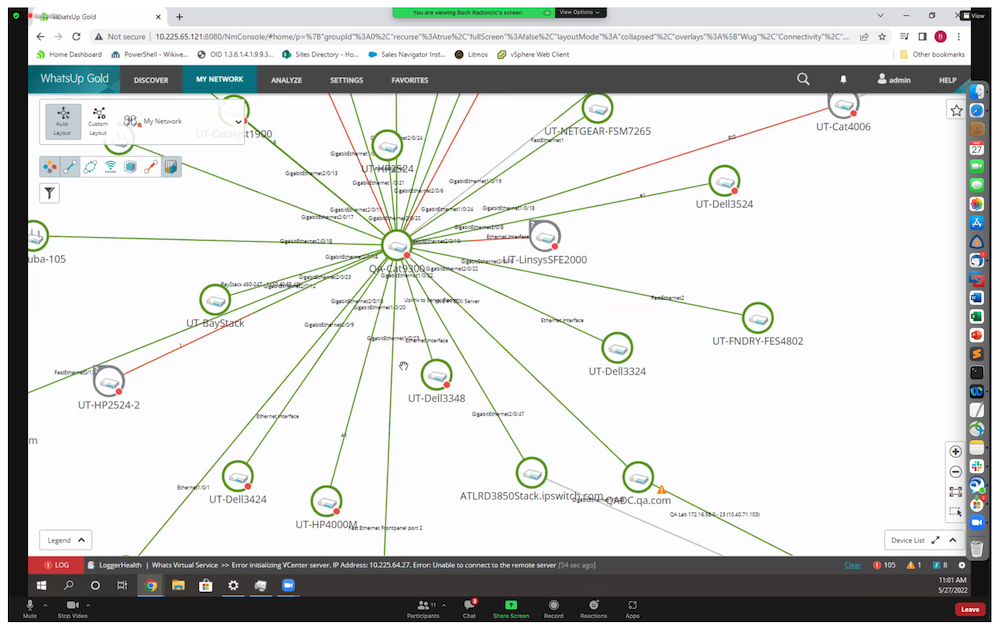