Those who work in the service provider community have likely been following the progress of VMware’s vCloud Director (vCD) over the past few years. What was once a seemingly neglected IaaS platform clinging to life has been revitalized with new features, APIs, and a much needed facelift to its UI. Thanks to the addition of extensibility services to the platform last year, many new services can be added from third party providers to appear and behave as though they were native functionality within the platform.

Service integrations can be built by a technology vendor themselves or a service provide with the necessary skills and knowledge to do so. We have seen recent integrations for data protection products like Rubrik and Veeam, container services from the likes of VMware’s own PKS, and more. Coupled with a modern HTML5 interface based on VMware’s Clarity UI design and enhanced APIs, excitement from VMware’s community of over 4500 service providers has been on the rise.

Despite the recent enhancements to vCloud Director however, there has still been a gaping hole in the platform that was big enough to drive a truck through. Up until now, there has been no native object storage capability within vCD. Next to compute, block storage, and networking services, object storage is one of the key pillars of a modern cloud platform. Service providers who wished to supply this service to their customers were responsible for developing their own service and either creating their own integration within the vCloud Director portal or offering a separate console.

With Your Powers Combined I Am, Cloud Object Storage!

To address this shortcoming, VMware has teamed up with Cloudian to create a native, S3 compatible object storage service within vCloud Director. Service providers who partner with Cloudian to create an object storage offering will be able to integrate that service into the vCD Portal by means of a VMware/Cloudian jointly developed Object Storage Extension (OSE). This extension will make object storage appear as a native service with the the vCD portal, making it a first class citizen along side VMs, block storage, and containers. 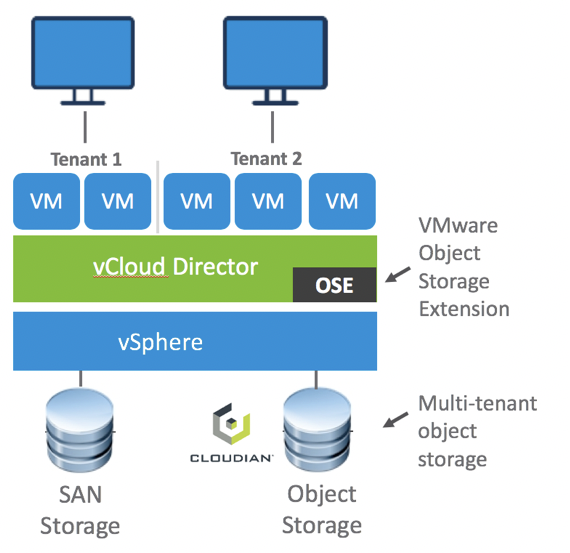 To be clear, this is not object storage on vSphere. Service providers will still need to create an object storage offering using Cloudian Appliances or Software Defined Storage before the integration can be created. This is also not an acquisition of Cloudian by VMware. When I asked Jon Toor, Cloudian CMO if he thinks it’s likely that VMware, or any other vendor, is likely to buy Cloudian any time soon, he made it clear that Cloudian is still on track for an eventual IPO as a company.

As a former employee of a service provider and a user of vCloud Director, I have personally been excited to see it evolve over the past few years into a more fully featured and mature cloud platform. The lack of an object storage service on the platform is one that I know many service providers have been attempting to overcome with mixed results. By partnering with Cloudian and offering a native, S3 compatible object storage service, VMware is helping to level the playing field for service providers that are attempting to offer compelling cloud and managed services to their customers. 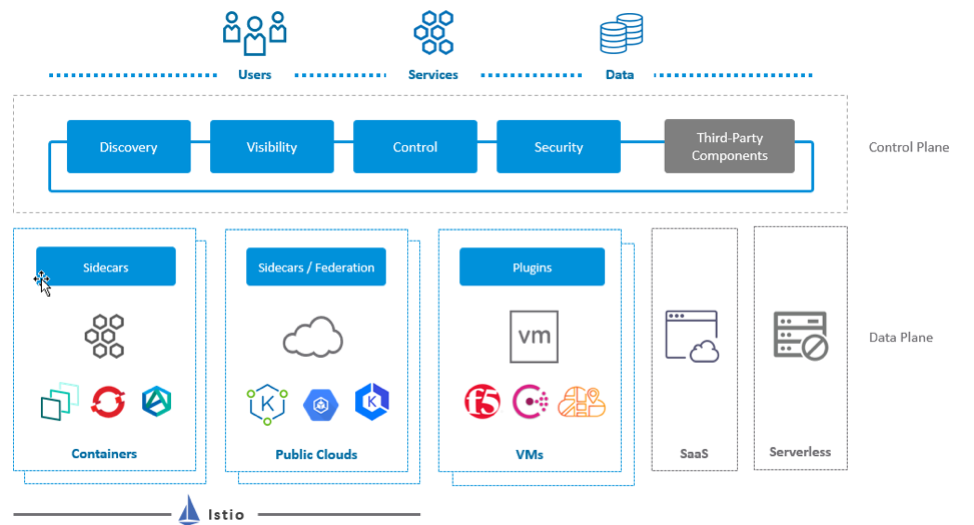 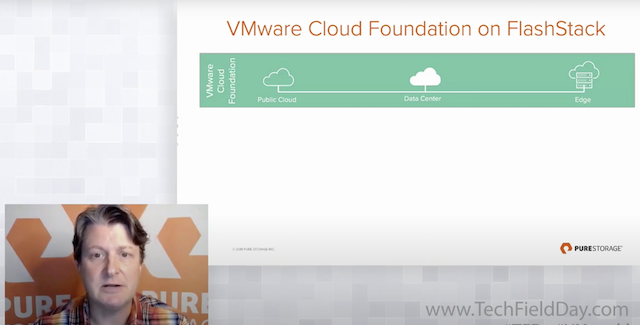