It’s often tough to get excited about disaster recovery. It’s kind of like a product release from a seat belt company. Sure I want to be safe, but it seemed like old seat belts were good enough, so why make a big deal about it? For disaster recovery, this comes down to both human nature (out of site and out of mind), and the reality of limited resources within an organization.

Quorum is making an argument that creating a secure private cloud for disaster recovery is the way forward for a lot of organizations. They come at this from an interesting background. The company originally built for use on ships for the U.S. Navy, which by necessity by their isolation, cannot exactly afford a lot of downtime for disaster recovery. Since 2010, they’ve offered a commercial product. They recently released version 4.0 of onQ, their backup solution and sole product focus.

DR however you want it

Quorum is offering disaster recovery however you want to have it served. They have physical appliances that will sit in your rack, you can have it for virtual machines, or DRaaS. They generally recommend an on-prem and cloud as an ideal setup for most organizations, but I was impressed that this was completely flexible based on need.

One of the most interesting features is one that Quorum admitted they kind of discovered after development. With the rise of ransomware in IT environments, I had been wondering if either storage or DR companies were working on preventative measures. Quorum’s onQ delivers in this regard. In ransomware gets on your production system, their backup supports booting from recovery nodes. When I asked, I found this wasn’t specifically designed to work around ransomware, but they found customers using it in the wild. I’m hoping other DR companies work this directly into their products as well! Adding to their security focus, the new version supports native encryption at rest, with drives locked in the VM password doesn’t match. Essentially the only thing that can touch a given drive is their onQ VM.

The 4.0 version really seems to emphasize speed and simplification. They wanted it to be fast enough so that failover workloads could run on their appliance directly with no disruption. To do this, their appliances are equipped with a NVMe flash cache. For further speed, recovery nodes are located on a virtual SAN, which is composed in the cache. These nodes have direct access to compute as the virtual SAN can supersede the hypervisor, so if you’re booting from the recovery nodes, you won’t see a drop off in performance.

In terms of recovery speed, Quorum makes some impressive claims. They’re talking a minimum of 25,000 IOPS, compared to 800IOPS on their previous version. That’s a pretty huge bump! The speeds they were seeing allowed some customers to run directly on their appliance for weeks, with no perceivable performance hit on applications. Probably not advisable, but nice when you need it in a pinch.

The other thing Quorum seemed really excited about was the addition of the onQ POD to their hardware lineup. Their previous hardware products had some hard storage limits, that was a real deal breaker to larger scale enterprises. Now, with the POD, they are able to support from 150TB to 400TB over an 8U setup, which opens the door to a whole new market. The POD is also their first product to allow customers to scale storage and compute separately, making it their most flexible offering as well.

Overall, from talking with Quorum, it’s clear they’re really excited about their 4.0 release, and with good reason. Disaster recovery might be something a lot of people want to move to the back burner, but Quorum could change some minds. The speed they are able to deliver is truly impressive, it’s not too often you see failover with better performance than production machines. The onQ 4.0 release should not only appeal to current customers, but open Quorum to a whole new customer base. 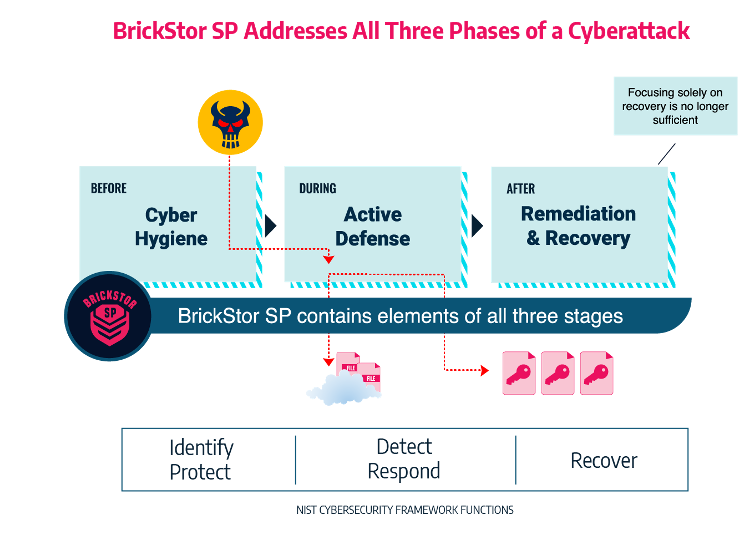