On September 16, 2011, the Tech Field Day delegates met a new storage company in Mountain View, CA. Pure Storage, recently out of stealth, hit the market with an all-flash storage array aimed at the middle of the enterprise market. Since then, Pure has returned to Field Day events 10 times, leveraging the event to highlight improved versions of the FlashArray as well as the scalable FlashBlade offering. 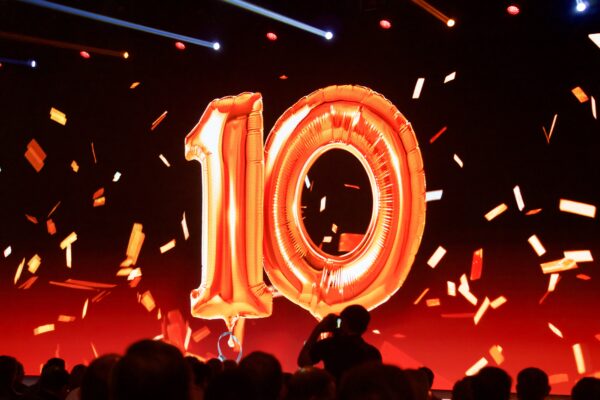 Pure Storage and Tech Field Day are both celebrating 10 years of success and growth!

At Pure Accelerate 2019, Stephen Foskett sat down with John “Coz” Colgrove to retrace the shared history of Tech Field Day and Pure Storage, and consider what it means to launch two billion-dollar “unicorn” products in a decade.

The Evolution of FlashArray

As recounted by Coz, the FlashArray progressed from a simple all-flash array to today’s full-featured storage platform through constant evolution and improvement.

The initial FlashArray, launched in 2011, was a simple affair with a “head” connected to commodity SSD “shelves” just like many other disk and hybrid arrays at the time. The initial product lacked high-availability, integration, and data replication features but it did include deduplication and compression. Pure leveraged these data reduction technologies to prove that an all-flash array could compete on price with disk storage.

Pure Storage returned for their next Field Day appearance just six months later, on February 24, 2012. This was Virtualization Field Day, and their presentation focused on the many ways that all-flash architecture could help server virtualization and virtual desktop infrastructure. Although Pure did not yet have deep VMware integration features, the low latency and high I/O capabilities of the array were compelling. And Pure also demonstrated that virtualization workloads could benefit from data reduction, perhaps even more than conventional workloads.

A few months later, Pure gave the very first Storage Field Day audience a deep dive into their data reduction technology, answering the perennial criticism that the system couldn’t possibly match the economics of disk. Their stance was (and continues to be) that the high-IOPS capability of an all-flash array allows the system to combine performance and data reduction in a way that disk drives just can’t match, even with hybrid flash thrown in.

Another year later, Pure returned to Virtualization Field Day to show the progress of the platform. FlashArray now supported VAAI, offered a vCenter plugin, UNMAP and flexible provisioning, and more. And the company had rapidly gained ground against NFS and hybrid rivals in the VMware market. Their Virtualization Field Day demo and introduction to flash technology was especially appreciated by the Field Day delegates.

After a 5-year retrospective of their progress, VMware vVols were a focus of Pure Storage’s November 2014 Storage Field Day presentation. It is also interesting to note how the company had grown in this time, with the founding team bringing in Field Day friends like Vaughn Stewart. And the surroundings changed as well, as Pure took over more of their Mountain View headquarters building.

Pure’s second half-decade saw the scrappy upstart evolve into an industry leader. Pure added a huge number of technical staff in this period and reinvented the company with proprietary integrated systems like the FlashArray //M and FlashBlade. They also proved the value of support systems to give customers a seamless upgrade and support path.

For 2015, Pure Storage returned to Storage Field Day with a brand new FlashArray, the modular “FlashArray //M”. As discussed with Coz, this was the next-generation platform that proved the value of Pure’s “Evergreen” concept. Gone were the cables and commodity parts, replaced with an integrated in-house design. But existing users could transparently upgrade to this new architecture with minimal disruption of operations. Over the next few years, Pure migrated most of their base from the old arrays with little commotion. Pure also showcased the Pure1 support platform at Storage Field Day 8, an essential component today.

Field Day delegates got a behind-the-scenes look at Pure’s second product line, FlashBlade, at Pure Accelerate in March 2016, but it was Storage Field Day 10 in May that really opened up that product. Par Botes, Brian Gold, and Rob Lee spent two hours on the hardware and software architecture, and explained why a new scale-out file and object storage product was needed. As noted by Coz this year, FlashBlade is on a path to be a second billion-dollar product line for the company.

For 2017, Pure worked with the Gestalt IT team to create a special Field Day Exclusive event at Pure Accelerate. This was a deep dive into two key developments for the company: ActiveCluster and FlashBlade //X. ActiveCluster showed that FlashArray was on par with, or ahead of, the best enterprise storage arrays on the market, with symmetric active-active support. Meanwhile, FlashArray //X was the an evolution of the //M concept, with NVMe SSDs and NVRAM for performance. We also got another look at VMware vVol support with Field Day favorite, Cody Hosterman.

Pure Accelerate 2017 also featured more on FlashBlade, launched the previous year. The solution could now grow past 15 blades, but more importantly, it had found a market: Machine Learning. A deep dive into the storage demands of TensorFlow showed the value of a scalable, high-performance object storage platform like FlashBlade. And Pure showcased their relationship with companies like NVIDIA at Accelerate the next year.

Another important innovation for the company was Cloud Block Store and CloudSnap, both of which were the focus for Pure Storage’s Cloud Field Day presentation in 2019. CloudSnap leveraged the company’s snapshot and replication services for use in moving data into and out of the cloud. And Cloud Block Store promised a true software-defined version of the FlashBlade’s Purity operating system operating natively in public cloud.

Cloud Block Store for AWS was officially launched at Pure Accelerate 2019, and the Field Day delegates were there to see it all. As presented under embargo the day before the event, this new offering was truly cloud-native, with the underlying storage re-engineered for Amazon’s cloud infrastructure.

The takeaway for the first decade of Pure Storage is the company’s arrival as a true enterprise storage powerhouse. Now a public company with well over a billion dollars of revenue, Pure Storage has proven that they were right about data reduction, flash storage, and the appetite for an enterprise storage challenger. The company continues to grow by taking share at the heart of the market from heavy-hitters like Dell EMC, NetApp, and HPE, and has not just outlasted rivals like Nimble Storage but thrived. As a “storage guy” through and through, I’ll cheer this kind of success!

It’s also been wonderful watching Pure Storage grow alongside Gestalt IT and Tech Field Day. As a small upstart, Pure leveraged our audience for mindshare and marketing content. Now, as a strong player in the market, they leverage our network of independent influencers with Gestalt IT Tech Talks and Exclusive Field Day events. We appreciate our 10 year partnership and look forward to many more years to come! 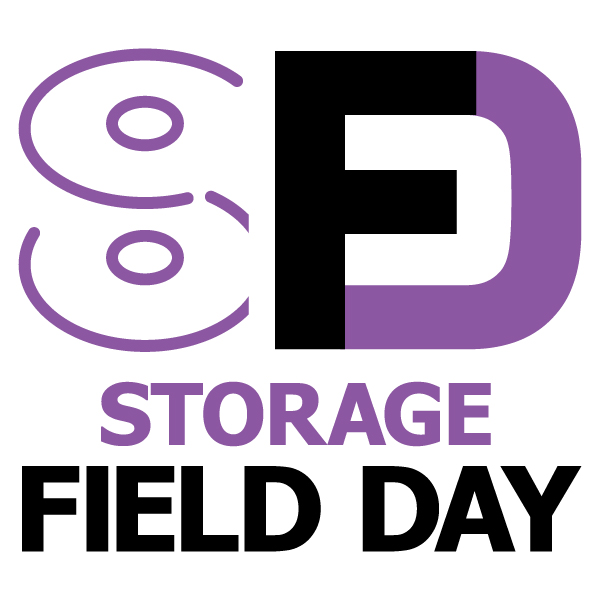