Earlier this year, I had the good fortune to hear a presentation from Kemp about how they’re building better load balancers. Load balancers, or application deliver controllers are they are sometimes styled, are the reason why you can access Amazon during Prime Day or give you the ability to access your online Software-as-a-Service (SaaS) applications without getting webpage errors.

The applications side of things is where most of the innovation is happening today. That’s because the idea of racks and racks of servers doing multiple different jobs for us is a bygone era. Today’s access to resources has a very application-centric view. That’s because we don’t care about the infrastructure running the service. We just care about the service itself.

This is where Kemp comes into play. Their new per-app load balancing solution fixes a lot of the issues that traditional load balancers and ADCs have with modern application-centric thinking. One example is the way that these services and devices are licensed. In the old days, licensing happened based on connections. You provisioned a significant amount of capacity based on what you thought your busiest traffic day was going to be. That way you have what you need when the time comes.

Most companies didn’t license for their heaviest traffic day, however. That kind of licensing load was expensive and required you to keep a lot of capacity sitting idle in the hopes that you might one day use it. And turning up new applications was always a guessing game because your connections at the beginning were always higher and then tailed off as usage patterns settled in.

Kemp solves this problem by licensing their solution per application instead of per connection. This shifts the usage to something more akin to a utility. You only pay for what you use. That means you don’t have to worry about capping connections or paying for extra capacity you can’t possibly use except on Prime Day or Black Friday. And because it’s on-demand, you don’t have to fret if you don’t hav the capacity turned up right away. Kemp will deliver what you need when you need it and then you can sort out the billing after your traffic returns to normal.

The final piece that makes Kemp a better solution for modern workloads is the fact that it’s platform-agnostic. That means instead of having to license on-premises ADCs for your data center and a cloud-based ADC for your SaaS offering, you can instead license Kemp for both and make it work the way you want it to work across cloud and on-site software.

You might be saying, “This is all well and good, but who is actually using Kemp in practice?” Well, if you’re a Dell Technologies customer you should probably see this video:

Dell EMC Elastic Cloud Storage (ECS) is an object storage platform. It’s entirely software-defined, which means it’s going to need some form of software sitting in front of it to balance the object requests from servers sitting in front of it. And they are recommending Kemp as the preferred ADC to facilitate just that. Kemp LoadMaster helps simplify access to Dell EMC ECS and accelerate access to the object store, which is a huge advantage given how slow access to object storage systems can be.

And since you’re already invested in the Kemp architecture, you can extend it to encompass your applications in the cloud as well as your object stores. It’s a win-win for everyone involved! 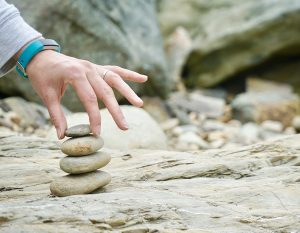 Load balancers aren’t the most exciting things in the world. That’s because infrastructure software should just work. If Kemp LoadMaster is invisible to your users and simply looks like a monthly line item on your OpEx allocation then it’s working the way that it’s supposed to. Your operations teams should be able to simply provision a new application, enable Kemp for the workload, and move on with their day. Much like the electric company, no news is the best news with Kemp.