There is some perception that if you knew you were going to start a large enterprise today, you’d just use the cloud. Unencumbered by hardware commitments, legacy applications, and training expenses, the appeal of a cloud centric strategy from startup are easy to enumerate. This does little to make things clearer to existing enterprises.

A lot of cloud strategies seem to assume a state of enterprise tabula rasa. For better or worse, decisions aren’t made with the luxury of a blank slate. There are a number of systemic decisions probably made before your time that heavily influence how strategy is planned. Enterprises operate within an imperfect world, making a transition into the cloud has to work within these conditions, not externally from an ivory tower.

In a briefing from Velostrata, I saw a solution that works within the existing IT world, not some theoretical ideal. Their solution is all about cloud migration. The problem with a lot of migration solutions is that they often involve extended downtime for critical virtual machines. It makes the argument for moving to the cloud a lot harder if it’s going to be fundamentally disruptive.

Velostrata showed me a solution to ease this problem. They have options to either allow an enterprise to easily extend their data center into the cloud, or all out migration.

Their basic solution is to put a virtual appliance operating in vSphere. This is then used to guide the extension or migration into AWS or Azure. There are a number of competing solutions that will offer this kind of service. Where Velostrata differentiates is in how fast they can get your VMs working in the cloud.

In August, they released a new version of the migration solution. This update has the secret sauce that allows Velostrata to stand out in cloud migration. Before I heard about how they did it, they hit me with some numbers. They have seen deployments where over 200 virtual machines are migrated to the cloud and running in under three hours. And to do this, they used about a 16Mb/sec connection.

They do this by not worrying about moving over storage initially. Instead, compute and networking are migrated first. This allows them to get the VM up and running within five to ten minutes, all using minimal network bandwidth. This also has the benefit of making the VM transition seamless, as all networking is migrated over to provide almost no disruption. Everything that’s networking with that VM will continue being able to do so without additional configuration. DNS and active directory settings are automatically updated.

This allows Velostrata to not only offer full migration services to the cloud, but impressively fast hybrid cloud setups as well. Enterprises can keep storage on-prem for security and performance, but move compute to the cloud without significant disruption or downtime.

The other interesting thing Velostrata offers for hybrid cloud deployment is integrated support to leverage Amazon Spot instances. Built into their VM migration and management, you can setup how you would like to bid for Amazon spare compute, and get that at significant savings. This is limited to hybrid deployments, since you need to bring your own storage for Spot instances, but I thought it was a really clever integration.

The cloud may be ideal outside of all other considerations, but that’s often an academic argument. The mythical realm of the cloud is often cordoned off by monoliths of legacy hardware and investments. Velostrata gives you a tool to make those monoliths a little less imposing. They realize that cloud migration isn’t something that can be done overnight. But when you’re ready to at least dip your toe in the water, they can get you off the ground in a hurry. 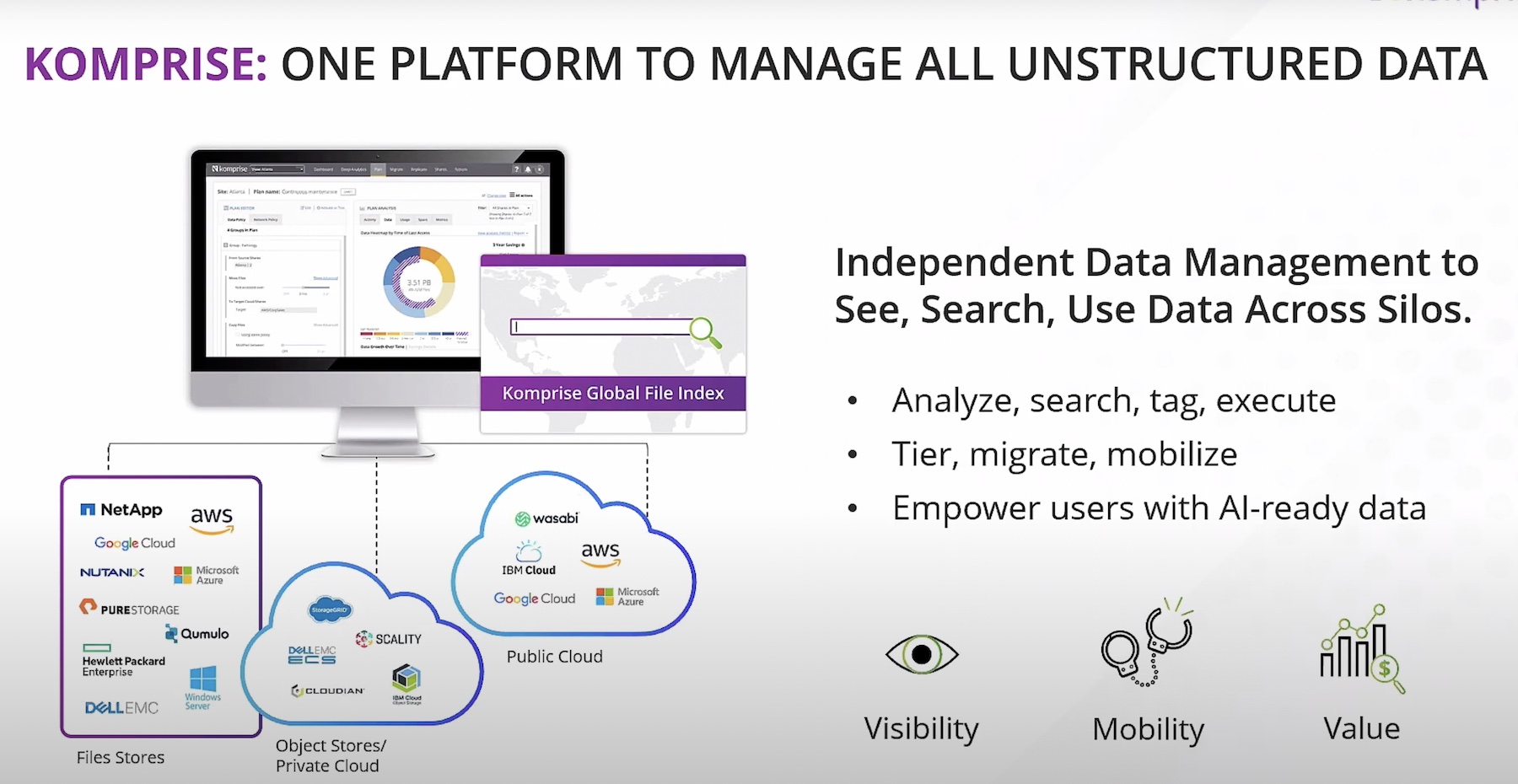