NetApp buys Spot.io, VMware gets LastLine, IBM exits the facial recognition business, and Slack cozies up to AWS. Tom Hollingsworth and Rich Stroffolino discuss all this and more of the IT news of the week on the Gestalt IT Rundown.

The Japanese gaming magazine Famitsu reports that, according to sources, Sega is working on a “fog gaming” initiative, which would use idle arcade machines to distribute a cloud-gaming service in Japan. Sega currently operates dozens of game centers in Japan in major population centers, as well as arcade cabinets in third-party centers. These machine are already connected to the internet though Sega’s All.Net platform, to share scores and profiles across the same games.

The Brave browser announced it reached 15.4 million monthly active users in May. Daily Active Users reached 5.3 million. But the browser recently ran into controversy. Twitter user Yannick Eckl noticed that when visiting the cryptocurrency exchange Binance in the Brave browser, the browser automatically redirected to an affiliate version of the URL, and review of the browsers code on GitHub found similar redirects for the exchanges Ledger, Trezor and Coinbase. According to Brave CEO Brendan Eich, the redirects have since been removed and promised to “never revise typed in domains again”. According to Eich, the redirects never revealed any user information.

While Google+ was shutdown in April 2019 for consumers, the G Suite version for businesses remained online. Google also announced that version of Google+ would be rebranded as Google Currents. Over the past several months, a beta of Google Currents with a redesigned look has been available to administrators. Google now says that Google Currents will launch for all G Suite customers on July 6th. All Google+ content and users will be automatically moved over, with plus.google.com links still working.

Germany and Franced kicked off the GAIA-X cloud project, which aims to improve European data soverignty. The project has 22 members at launch including SAP, Seimens, and Deutsche Telecom, who pledge to fund the GAIX-X Foundation which will serve as a “repository of existing services” that buyers can search and choose based on where the servers are located. Among other things, members are required to inform customers if data becomes subject to laws like the Cloud Act, or Clarifying Lawful Overseas Use of Data Act. US-based public clouds are welcome to join, if they agreed to abide by GAIA-X principals.

Honda announced that a cyber attack forced it to suspend global production Tuesday after a virus hit the company’s internal servers on Monday morning in Tokyo. Tuesday, Honda staff were advised not to access their work computers and to take paid leave, if possible. Production at all of Hondas US plants was halted on Monday, with factories in Japan affected after the group’s car inspection system was attacked. Honda says much of its operations have resumed, and the company doesn’t believe the cyber attack was related to decreased security due to teleworking.

Aruba announced the Aruba Edge Services Platform, which uses ML to leverage data from the network, users and devices to improve service. This includes identifying root cause issues or distruptions with a claimed 95% accuracy, auto-remediating issues, monitoring user experience, and “tuning” the network to avoid issues in the first place. ESP puts all switching, wi-Fi and SD-WAN enviromets under the Aruba Central cloud console, and uses a Zero-trust security framework. Aruba ESP is available as a service in the cloud or on premise, as a managed service delivered through Aruba partners, or by network as a service through HPE GreenLake. News or nah here Tom?

Amazon and Slack announced a new partnership. Under the deal, Amazon will offer all employees access to Slack’s workplace collaboration tools, and Slack will migrate its voice and video calling features to use Amazon’s Chime platform on the backend. In addition, AWS will work to better integrate services like AWS Chatbot and Amazon AppFlow into Slack.

The Network security company LastLine confirmed it has been acquired by VMware. The company provides cloud native threat detection services like malware analysis, intrusion detection and network traffic analysis. Terms of the deal were not disclosed and TechCrunch reports 40% of Lastline’s staff will be laid off as a result of the acquiisition. VMware has been on a security and analysis tear recently with Carbon Black last year to Octarine and Nyansa more recently. Is this another component to integrate into NSX or do you see VMware having other security ambitions?

NetApp announced it intends to acquire the Israeli cloud optimization company Spot.io in a deal worth $450 million. This brings Spot’s cloud optimization as a service offering into NetApp’s fold. Their solution uses continuous monitoring to look at cloud availability and performance, as well as looking at customer service costs and build the best real time instances for them to use. NetApp has been on this data transition for a few years now, how does this fit into that strategy Tom?

IBM said in a letter to members of Congress that it’s exiting the general-purpose facial recognition business. CEO Arvind Krishna said in the letter “IBM no longer offers general purpose IBM facial recognition or analysis software…IBM firmly opposes and will not condone uses of any technology, including facial recognition technology offered by other vendors, for mass surveillance, racial profiling, violations of basic human rights and freedoms, or any purpose which is not consistent with our values and Principles of Trust and Transparency.” An IBM rep told Axios that the company spent months on this decision and it’s been communicated with customers, although it will support existing clients. 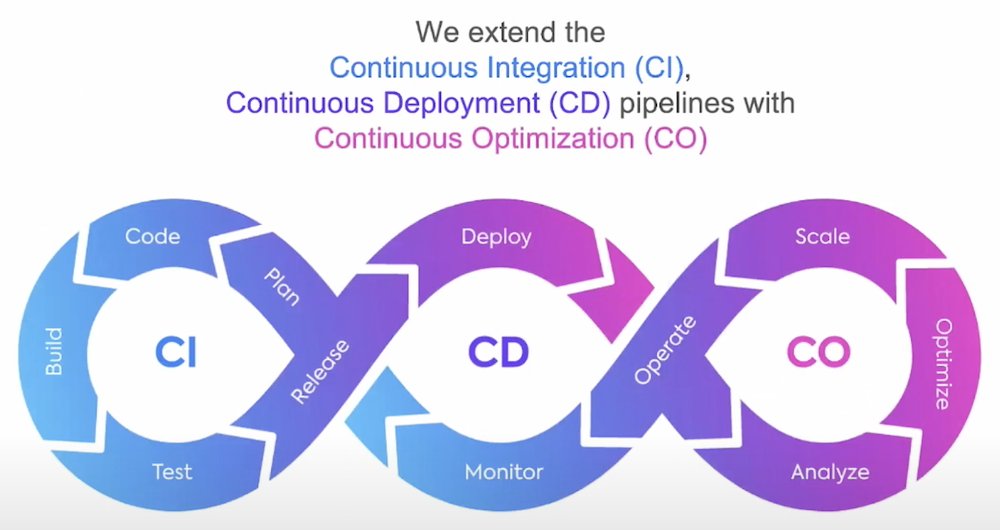