The world is shrinking. Everyone is more connected than ever before. Mobile apps and cloud services are ensuring we stay in touch with the things that are important to us. Traditional businesses are trying to catch up to the new digital economy that is driving the way the working generations are going about their day. How can you make the jump from where you are to where you need to be?

One of the aspects that you need to look at very closely is the way you connect your technology in the data center. It used to be that a simple top-of-rack (ToR) switch was enough to make everything work. Plug it all in and it will just work. But those days are long gone now. The complexity of modern networking means that you have to do a lot of extra work to make it all operate at the scale and efficiency that the digitally transformed market requires.

You may be asking yourself if that’s even possible to figure this all out in the world of ever-increasing technical debt. I can say for certain that a fabric solution does exist that can help you get up and running quickly with a new deployment of data center networking needs. You just have to be willing to work with some caveats. 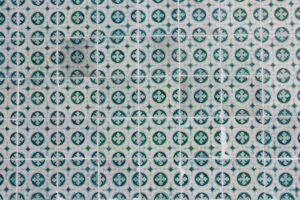 SmartFabric Director Is On The Job

Dell EMC has been working hard on a solution that enables networking fabric deployments to be installed and configured with a minimum of effort. Why is that, exactly? Well, the biggest driver for this comes from one of the members of the Dell EMC family. VMware has been lighting the world on fire with its NSX network overlay for the last several years. They’ve built out a system that allows for data centers to become more automated and cloud-like in their operations. If you need a good refresher about why cloud is an important driver for companies, check out this video from Justin Warren. The more automated we make our data centers, the less impact individuals can have in preventing work from getting done.

This applies to networks as well as anything else does. Why should you have to wait to have switch ports provisioned by networking for a server-based application? What if the networking team is holding things up? You need some kind of oversight to get this done with the minimum amount of effort. That’s where NSX comes into play. But NSX manages the overlay part of the system. The software side of things. You still need some kind of control system that manages the network hardware. That’s where Dell EMC SmartFabric Director comes into play.

SmartFabric Director (SFD) is designed to implement and maintain a data center network fabric with Dell EMC hardware. It takes Dell switches running OS10 and modifies them slightly to be maintained by the SFD control system. SFD integrates with VMware NSX to help provide control for the underlay network when NSX wants to make changes. This kind of tight integration means no more guesswork when network configuration needs to be modified. It also means fewer calls to the networking department to make those changes happen.

SFD gives you a lot of functionality in their platform. Aside from the mentioned integration with VMware NSX-T, you also get auto-provisioning of devices, topology configuration support, hardware lifecycle management, and streaming telemetry of the performance of the devices in the fabric. Add in API support and you can see why this technology is a valuable one for people that haven’t had this kind of feature set in the past. It’s a perfect solution for those greenfield digital transformation projects that have started landing on your plate.

As mentioned above, Dell EMC SmartFabric Director does some things that you need to be aware of before you start deploying it for the first time. These are limitations inherent to the system as it exists today.

The first is that this is designed for a greenfield deployment scenario. As I mentioned above, this is great for a company that has never had this kind of system in place before. If you’re a company that already has Dell EMC switches running OS10 you’re not going to get a lot of value out of SmartFabric Director without some disruption. The switches require some manual configuration to connect to SFD and then SFD runs everything from that point forward. So any existing networking setup is going to be obliterated when SFD takes over. Unless you’re deploying from scratch, that’s a bad thing.

The second caveat is that the configuration file needed to set up SFD for the first time is written in JSON. While JSON is becoming a standard for a lot of things in networking, it’s not exactly intuitive. Especially if you’re trying to do things like create wiring diagrams in it. Dell EMC created a Fabric Design Center to help you build out a bill of materials and the necessary JSON file to stand everything up. But the integration of the two tools makes me wonder how able they are to be separated. You basically need the Fabric Design Center to spit out the JSON file to get things rolling. Which means Dell EMC really wants you to order everything through them in this way. Again, a really great reason to build this from scratch.

The third caveat is that SFD really has a minimum size in mind. The other restrictions that SFD has in place, such as out-of-band management and auto-provisioning of switches when they are configured to join the fabric, means that SFD is not for small deployments. This isn’t something you’re going to set up with 3-4 switches and test out. SFD is a commitment from start to finish. And given how disruptive it is when you set things up to work with it, this is really a one-way process. If you’re ready to commit you’re going to find a lot of success. But you can’t dip your toe in the water. You have to dive right in.

Dell EMC is on the right track with SFD. The current limitations come from design choices that were necessary to get a first version tool out the door. This is currently a good choice for large existing infrastructures that are looking to make leaps toward digital transformation initiatives to get a handle on how to make that happen. It takes commitment and a dedicated team to get up and running. But once you get there, the integration with NSX and the management that you get out of the underlay is hard to beat. If you know what you’re getting into and you’re ready to buy into the Dell EMC networking ecosystem it’s definitely worth a look.