The Internet of Things (IoT) often gets represented as consumer grade cameras, sensors, thermostats, and appliances. While this certainly is a notable portion of the IoT market, it neglects the more mission-critical side of IoT which has its roots firmly planted in the heart of industrial networking.

If you haven’t experienced industrial networking, it’s a world unto itself. Equipment that runs in factories, pipelines, shipyards, on vehicles, outside, and any other place you can imagine, have requirements that most network engineers never need to think of. Requirements often are things like operating in extremely high temperatures, operating in extremely low temperatures, being splash proof, being submersible, never generating sparks, radiation immunity, no moving parts, tolerating extreme vibration, tolerating drops, being able to run on non-standard power sources, and many other variations based on the environments that each piece of equipment is going to operate in. Needless to say, the equipment that most people install in their wiring closets isn’t going to cut it in most industrial environments.

That being said, industrial networking isn’t a new concept. Industrial network equipment has been around for some time but, unfortunately, this equipment often lacks the options, extendibility, and the features that we have grown accustom to in our less-demanding environments. This is why the presentation by Tim Szigeti at Tech Field Day Extra at CLUS 2019 impressed me as much as it did. In his presentation, Tim introduced three new Industrial networking devices that, excluding their all-metal hardened exteriors, have much of the same flexibility that I have come to expect from traditional Cisco networking gear. The three devices that Szigeti demonstrated were:

Cisco ISR IR1101: The Cisco IR1101 is a small form-factor, ruggedized, industrial router with modular slots to accommodate new and emerging wireless technologies (3G, 4G, 5G, and whatever may come next) in addition to an expansion module which expands the number of ports available and allows the device to run with active/active cellular uplinks.

Cisco Catalyst IE3400H: Yes, the H appropriately stands for heavy duty. From a management perspective, the IE3400H is just like any other catalyst switch you have in your environment. However, the hardware is a different story. It comes in 8, 16, and 24 port varieties, is dust and waterproof (IP67 rated), and can operate between -50 to +75 degrees Celsius (-54 to +167 Fahrenheit for the American readers). Rather than RJ45, the connectors are a more traditional industrial ethernet M12 connector which is how it can obtain such a high rating for dust and water resistance. 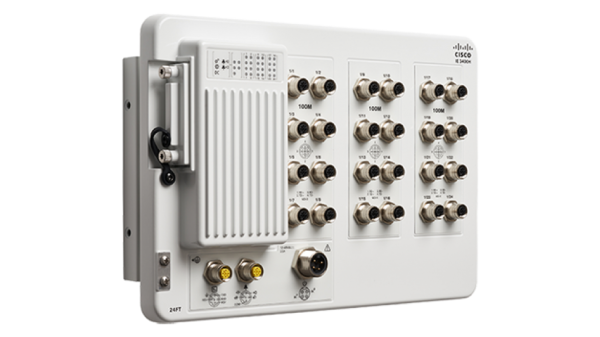 Cisco IW6300: The IW6300 is a heavy-duty 802.11ac Wave 2 access point designed specifically to operate in hazardous locations (class 1, division 2). It’s rated much like the IE3400H and has an IoT expansion module, allowing third party IoT devices to connect directly to the access point and use it for backhaul. 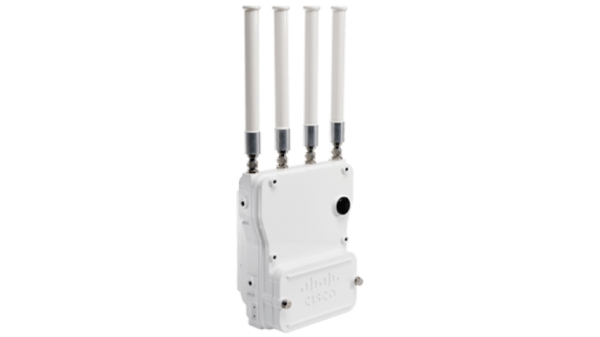 One of the things worth noting is that all of the devices demonstrated run IOS-XE. This means that your management experience is going to be the same as you transition from your standard networking hardware to these hardened industrial devices. This hasn’t always been the case, and this is evidence of Cisco’s vision to unify their code base and minimize differences between platforms. Even more impressive is that this hardware is supported on all of the new software-defined/intent-based networking platforms that Cisco has introduced over the past couple of years. The IE3400H switch and the IW6500 access point can be managed through DNA Center and the IR1101 is supported as a Cisco SD-WAN (Viptela) edge router.

It’s nice to see that industrial networking is no longer a second-class citizen. With flexible product offerings and support for the newest technologies, these devices can sit right alongside their traditional networking siblings and not miss a beat. I’m excited to see what additional products Cisco is working on to extend the IoT/industrial portfolio, as it’s clear that this market is an area of focus for them in the foreseeable future.