Traditional video surveillance systems and IP networks go together like chunky peanut butter on a tuna fish sandwich. That is to say, they don’t. It’s gross. 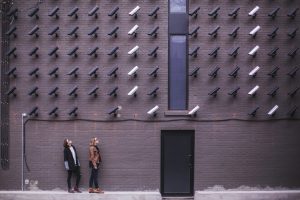 Depending on the camera manufacturer, many cameras flood your network with multicast traffic. Even when a single unicast UDP connection to the DVR is in use. The DVRs rarely, if ever, receive security patches. Despite excellent codecs like H.264 being available, many use network-hogging codecs because they are cheaper to implement. Finally, despite all of their bandwidth use, the quality will still look like that chunky peanut butter and tuna sandwich, causing frequent users to complain loudly.

It gets even better. Someone tried to fix that sandwich by adding cottage cheese. Now they want to monitor your unpatched security camera system across the WAN or Internet. Now copious Internet bandwidth is being consumed for horrible quality video through a hole in your firewall. No one is happy. Not even the sandwich.

More Than Just A Dashboard

When Cisco Meraki decided to build security cameras, they were aware of these problems. They weren’t content to increment on the existing solutions available on the market and add it to their dashboard.

Instead, they spent time understanding the various problems users experienced, and each problem informed a product or design decision. The results set the Meraki MV camera family well ahead of many of their competitors.

The first experience most users will have with a Meraki camera is the initial unboxing and installation. Recognizing that most users will be replacing cameras connected via coax, Meraki created a power puck that accepts power from traditional 24v AC or 12v DC camera power supplies and feeds power via PoE to the camera. Rather than trying to engineer an IP over coax solution, circa 1987 10BASE2 Thinnet, they went simpler. Every Meraki camera is now Wi-Fi enabled. The avoided costs of running a network drop and utilizing a PoE switchport for every replacement camera is significant.

When a wireless engineer considers a Wi-Fi security camera, there is one primary concern: airtime. A traditional security camera is always streaming back to a DVR. If the Meraki cameras did that, camera dense areas like lobbies would create a considerable load on the Wi-Fi network.

Instead, the Meraki cameras store video locally and only uploads thumbnails and metadata to the Meraki cloud. On average, that data will consume ~50kbps. When a user is actively viewing live or archived video from the camera, there will be some load on the connected Access Point. However, due to the use of H.264 codecs, the airtime is still preserved while delivering high-quality video to the endpoint.

This brings up another interesting point. There is no central DVR capturing the video. Because all footage is stored locally, network congestion doesn’t degrade the quality of the video file, ensuring the camera captures the important stuff as it happens.

When a user watches stored video via the Meraki dashboard, the dashboard first checks to see if it can establish a direct IP route between the viewing device and the camera itself. If it can find a direct route, the video is sent directly from the camera to the device preserving internet bandwidth.

If there is no IP route between the camera and device, the connection is proxied through the Meraki Cloud. This hybrid approach ensures continuous connectivity while also saving internet bandwidth whenever feasible and providing a high-quality, responsive experience.

Further, the dashboard goes beyond many DVR based systems by including software features like people counting, the ability to search video for movement in a particular area of the frame, and alerting. Considering the camera itself is holding the video reveals some of what Meraki is doing differently. That work requires the intelligence to be built directly into the camera, not the cloud.

Keeping A Fisheye On You

As Meraki continued to build out its camera portfolio, there was one glaring omission. Many video security teams employ Pan-Tilt-Zoom (PTZ) cameras in their arsenal either as secondary coverage or as a way of covering a much larger area. PTZ’s come with other problems; as with any moving part will, they wear out long before the camera imager may.

Rather than build a traditional PTZ camera, Meraki instead built the MK32v as a high resolution (2058x2058px) fisheye lens with 180×180 degrees of coverage. This compromise means the camera is capturing all angles at all times, but the captured video is viewed much like a traditional PTZ.

Meraki has done a lot to ensure it has answers to the common problems experienced when dealing with security cameras. The additional intelligence and features, plus the minimal time needed to configure and install the cameras, makes a compelling case to carefully consider.

Much like a peanut butter, honey, and banana sandwich, it might not be the perfect sandwich for every situation. But in those situations where it is, everyone will be smiling.

Jonathan Davis (JD) works as a Wireless Engineer for an enterprise organization. He has 20 years of experience in IT across many specialties. He is a co-host and producer of CenterFreqs and blogs at subnetwork.me.