More than anything, it is the delegates that make Tech Field Day what it is. These excellent people are the reason I created Tech Field Day, and they’re why it’s still going strong 10 years later. Although some of the names have changed, the community remains as vibrant as ever. 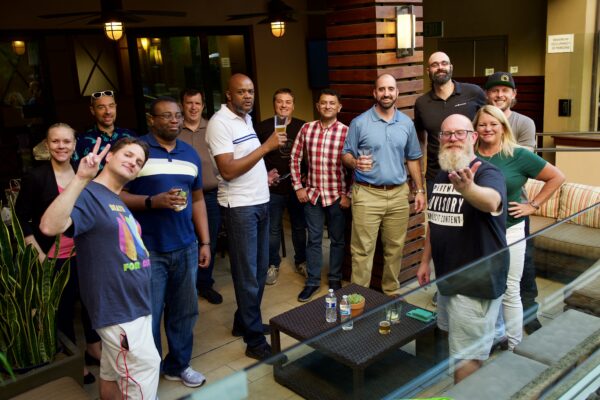 The best Field Day events bring together a diverse set of delegates from around the world to learn from the companies and from each other. That trend continues to this day and is exemplified by this 2019 Cloud Field Day 6 delegate group!

Field Day is Made of People!

Tech Field Day is the product of Gestalt IT, and both grew from the rise of social media, blogs, podcasts, and the unique role of technical influencers in enterprise IT. I was lucky to be involved in this community from the start, and to be part of its evolution. The independent IT influencer community really is quite remarkable! 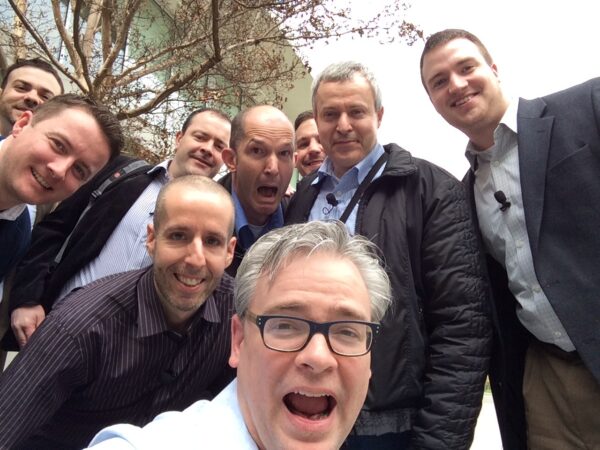 There would be no Tech Field Day or Gestalt IT without the many fantastic people in our community. So many of these 2014 Virtualization Field Day 3 delegates did, and continue to do, great things for our community!

Enterprise IT influencers have always valued independence, credibility, and transparency above all else. They routinely reject the commercialism that has infected “influencers” in so many other fields. You won’t find them endorsing products, and most wouldn’t publish a sponsored blog or social media post even with full disclosure. There’s no payola in this community!

It might seem counterintuitive, but this fierce independence is the root of the success of Gestalt IT. We understand and respect the norms of the enterprise IT community because we are part of it. We help companies work with influencers and provide a venue for them to meet on equal footing. Tech Field Day coverage is genuine and credible, and it’s earned by the presenters not bought and paid for.

Our audience knows this, and routinely rejects crass nonsense. Not a week goes by without offers of paid links, sponsored posts, and suggested tweets, but none of us would accept this. The presence of the delegates as a credible audience is what differentiates Tech Field Day videos and Gestalt IT posts.

The Rise of Independent Technical Influencers 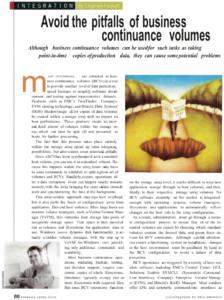 That’s me all the way back in April of 2002, writing a column on EMC data management for TechTarget’s Storage magazine

Let’s consider how this came about. The times were changing after the millennium, as the internet challenged traditional press and analysts for credibility in enterprise IT. I sat in the middle of it all, writing for magazines (a back-page column in TechTarget’s Storage Magazine and feature articles there and elsewhere) and giving talks at industry conferences throughout the 2000s.

Although I acted like a journalist or analyst, I was really just a nerd who could write and speak. My “day job” was in IT infrastructure consulting and I happened to connect with the right people to open these doors. I don’t really know how it happened, but I’m glad to have put so much effort into this part of my career.

Over the next few years I became better known in the industry as I began speaking at TechTarget seminars around the country and continued writing regularly for industry magazines. And many folks like me had a new thing going on around that time: My blog. This gave me an outlet I could control, and allowed me to reject corporate influences and truly express myself. Thanks to the Internet, independence was worth more than traditional publishing.

Together We Are Gestalt

My blog was gaining readers quickly, and Twitter was rising as a new platform. And I wasn’t alone: Chris Evans, Martin Glassborow, and Greg Knieriemen had an outsize influence in storage, Greg Ferro just kept talking about networking, and Rich Brambley and Carlo Costanzo were getting noticed in the VMware ecosystem. Together we had more readership than any industry magazine and reached more people than any conference.

In 2008, I reached out to these folks and suggested that we work together and start a website with content from all of us. We recognized that we couldn’t just live in our little verticals (storage, networking, virtualization) and needed to take a “big picture” look at enterprise IT. Taking the name from a German word used in psychology, I called it Gestalt IT. At the beginning of 2009, our site went live with original group posts and syndicated content. 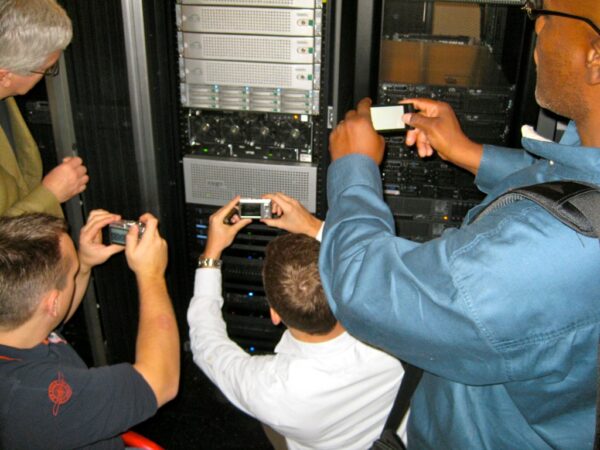 The one thing that unified the “tech blogger” world was a love for all things nerdy and a desire to share it! This photo, from the first Tech Field Day event in 2009, exemplifies our love for hardware.

This community was open right from the start. New voices were springing up every day, and we were able to connect with them online and at events like VMworld and Cisco Live. Some joined us in writing for Gestalt IT but most stuck to their own blog. We all saw the value in our connections, though. The rising tide of enterprise IT voices lifted Gestalt IT and we all supported each other.

This community was the foundation that would make Tech Field Day possible, and it is remarkable how it has flourished. Over 400 people have participated in Gestalt IT and Tech Field Day over the last 10 years, and we continue to add dozens of new voices every year. Most remarkable are the friendships that have developed and what has come from it. My friends formed PacketPushers, ActualTech Media, Network Collective, Network to Code, CTO Advisor, and many other companies and platforms.

Gestalt IT tapped into the power of a unique and growing community of independent IT influencers, and this remains our most valuable asset. We built Tech Field Day primarily to serve this community and have always kept their needs in mind. Our delegates make it all possible, and I will always be grateful for their friendship and support.

My next article in this series answers that frequently-asked question: How did I come up with the idea for Tech Field Day in the first place?