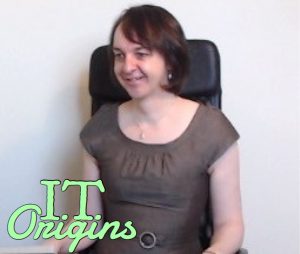 I’ve been in the IT industry since 1994. I left university with an arts-based degree and some very exposure to technology in my teens and using a word processor (Word for DOS!) to write my assignments. Initially, I thought I wanted to teach English at school, I’d had a little interaction at the school I worked at with a laptop computer experiment. Being the youngest member of staff, it was just assumed I would know what I was doing for the kid’s weekly “IT in English” session in the computer lab. After a very short while I realized not only did I hate children. They hated me even more!

Back at home with my parents with my tail between my legs, I spotted an advert for an “IT Trainer” in a nearby city. So that’s where it started: Teaching end users Windows 3.11, Word and Excel. The rest, as they say, is history. From that I progressed to teaching technical courses – the early MCSE track, Citrix and then the software produced by little known start-up called VMware. By 2015, I’d spoken around the world at various VMUG events as well as VMworld, and had 8 books published with my name on them. I went onto work at VMware for 3 ½ years before taking a well-earned career break. I’m now back in the game working for a company out of Dublin that provides curriculum content for companies like VMware, Dell, Amazon, Google and Microsoft.

Both technically and professionally, I would have to say VMware and virtualization has been the biggest change. As a generation we have lived through an era of rapid change. But the vast majority of what we are talking about doing now, wouldn’t have been possible without virtualization. Our industry has moved on, as it always does, to the next shiny toy. But without it my career wouldn’t be where it is now. All of that happened really, in five short years.

It’s not my habit to be negative. Most trends are actually positive, and it’s hard to point to a specific situation in IT that is moving in a backwards direction. One wider social trend I think is also impacting IT is that we are now overloaded by media of all types. People’s bandwidth in time is shrinking, and as a consequence some of the nuances about how technologies function is being ‘dumbed down’ in order to get a message compressed into a 3min video. I do rather dislike those ads that adopt a jaunty little ukulele tune with some merry whistling in the background. The only other thing that grates me is the universal adoption of the word “awesome” as the superlative of choice. It gets deployed without distinction. Someone firing a rocket into space with a roadster attached to it – playing Bowie’s “Life On Mars” is awesome. The fact your Powershell script runs without an error is less so. I now deploy #Awesome with British irony when anyone is doing one of those annoying humble-brags on LinkedIn. 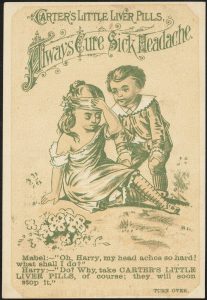 So many! What is good about now is no one technology appears to be getting more eyeball time than another. That heterogeneity is good for us as an industry. One thing we have been guilty of in the past is the quest for the panacea. The universal cure-all that will solve every IT problem. It doesn’t exist, no more than medicines that quacks and Dr. Feelgood used to hawk around in the 1920s. I’d like to think customers are savvier than in the past and can see through something being “trendy”.

With that, on a personal level I see artificial intelligence as perhaps the most interesting technological development. In the long term, I think it’s going to cause us to better understand what it means to be “human”. So far, I feel not enough investment has been made in developing our own analogue intelligence as our automated creations nudge closer and closer to fulfilling Alan Turing’s test. I can see we will need to start realizing that being human has less to do with intelligence, but sentience. Perhaps in the future we will not be comparing or measuring robot’s artificial intelligence, but their artificial sentience.

Where do you see your field going in the next 3-5 years?

As I normally say – more of the same. We do experience rapid change in the industry, but it’s rarely a revolution, and more often an evolution. That’s what was so exhilarating and exciting about the previous decade. I’m no Nostradamus, and if I was I wouldn’t be working in IT but placing bets at horse races. I suspect that hyper-convergences and use of server-side storage for VMs is only going to grow, specifically VMware VSAN for virtual machines. The “Death of SAN” was exaggerated by first generation hyper-convergence vendors in my view. But as greater intelligence is built in to the hypervisors, it stands to reason that over time the storage array’s role isn’t going to ‘disappear,’ but it’s going to substantially change. The same goes with networking – VMware is experiencing terrific growth in the NSX portfolio, and with this “Virtual Cloud Network” concept which makes NSX available anywhere – I can see customers adopting that.

One thing that does concern me is that old habits do die hard. More of the intelligence that used to reside in hardware, now resides in software higher up the stack. And yet customers still go out and buy hardware from Tier 1 vendors. I’m not sure how long that behavior can be justified economically. This might be controversial to say, but I feel there are lot of vested interests who are keen to maintain the status quo. The OEMs, channels, distributors and resellers are all in league with each other, and “incentivized” to build exclusive partnerships that are in their interests, which at the same time can reduce competition. I see it as not unlike the way car manufacturers work hand in glove with car dealers. I’d like to see customers question this cozy situation. There’s only one way to do that, and that’s to vote with their money.

The other technology I see on the horizon is pushing ‘container’ based technology into the end user computing space with applications running inside web browsers. This is going far beyond the kind of ‘packaging’ or so-called ‘application virtualization’ of the past. There are some start-ups in this arena that are doing very, very interesting work. I think companies like Droplet Computing are worth having a look at.

Book recommendations for IT practitioners?

I think much depends on what project your aligned to. I’m currently working building a training course around VMware Workspace ONE and VMware’s NSX portfolio. So far, my work has been very high-level, but being a techie, I’d like to have more stick time, and get down in the weeds. But the work I’ve been doing has been a good foundation. The good thing is a lot of books are now produced by VMware, and they are free. Free is always good. So I’m thinking of starting with Wade Holme’s VMware NSX Micro-segmentation: Day 1 Guide.

What are you reading now?

I’m currently reading a biography about Lou Reed by Antony DeCurtis. Lou Reed and the Velvet Underground were a turning point in popular music, and much of Reed’s work still resonates and influences recording artists to this day. Music is the most important thing in my life. As someone once said: Music is life, the rest is details.

I had a ZX-Spectrum 16K. Computer is perhaps bit generous, although it supported BASIC, and I had stab at writing a game based on a cartoon character, so it was really a gaming console you would rig to a television, and load up programs with a cassette tape. Like many people of my age in the U.K I had exposure to the BBC Micro which was developed by Acorn Computers for use in schools. Once a week for an hour we’d get a chance to touch the keyboard. I recall passing my “O” Level Computer Studies course where we would study logic gates, and parents would sagely acknowledge that computers would be the thing of the future.

As I said earlier, music is a big love. Not just listening but playing. I have about 15 instruments dotted around the house (guitars, ukes, blues bowls, cigar boxes, mandolin, mandola, as well as a piano). I’m also in my local community choir. Community and workplace choirs became popular here in the UK, due to a series of TV programs where ordinary folks just sing. The best thing about my choir is that we meet in an old coaching inn, so there’s plenty of liquid refreshment around. I’m also pretty active in the local “session” scene where musically mind folks like myself, just rock up and entertain each other in the backroom of a local pub. I’m not about to make a wild sensation as a Rock “n” Roll star, but it feeds and maintains the soul.

This will be sacrilege in some eyes. But I generally drink instant muck during the day (Editor’s Note: [shakes head]). Weekends is when I get the hard stuff out. Being a true Brit, I drink as much tea as coffee. Milk, one sugar please.

Any career advice you’d like to pass on to our readers?

Phew. It’s important not to dish out advice if you aren’t prepared to live and act on it yourself. Much of life is based on luck – being in the right place, as the right person, at the right time. The key is seeing the opportunity when lady luck shines on you – and running with it. Trusting your instincts is good too – if something feels ‘right’ to you – chances are it will be right for others. It’s great to be technical, and the feeling of ‘security,’ of knowing your stuff, is invaluable especially if you go down the “public speaking” role like I did for many years. But don’t over invest in your technical knowledge. Within a short while it’s going to be supplanted by something else anyway. Understanding how technology works, and critically its limitations, is more valuable. Most technology’s flaws lie in their first principle design. If you understand those limits you will see why customers go in different directions.

Also, I would say if you expect your career to be linear progression that’s ever upwards like one of those sales training PowerPoints, think again. The course of life, and your professional life is a wiggly one. And what you want from your life and career aged 21 will be different when you’re 48. The danger is still trying to have the life and career you wanted at 48. Life’s a roller-coaster, my friend, so strap yourself in and enjoy the ride. You don’t get to go around for second time.