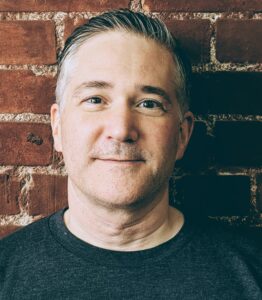 Jeremy Schulman is coming to Networking Field Day 21! Jeremy is an Automation Specialist, Software Engineer, and Mentor, from Raleigh-Durham, North Carolina. Connect with Jeremy at @NwkAutoManiac on Twitter, the web, or the Tech Field Day web site.

We are excited to have you as a first-time delegate! What are you most excited about seeing at the event?

How each company is making process toward making their products more automatable, information about their APIs, “programming cookbooks”, hopefully providing Python libraries via github, and any community-developer-relations activities.

I graduated with a Computer Science degree and started my career as a software engineer writing protocols for telecom and networking infrastructure. After 10 years building products for vendors I shifted into a sales and systems engineering role. In 2010, I was very fortunate to be mentored by an industry leader in network automation. In 2012, I was working with a sales team where we needed to run Puppet natively on datacenter switches. I then realized that the networking industry would go through the same automation tooling transformation that the server teams had gone through. Since 2014, I have been exclusively focused on modern network automation initiatives.

What do you do now?

I work for Major League Baseball in the network engineering team. This is my first customer role being at vendors for 20 years. I am 100% dedicated to network automation related projects and initiatives. In addition to building tools, I mentor members of the team to advance their own network automation skills.

For organizations that need to increase their use of network automation, they will either need to embed software developers into the team and/or provide structured time for network engineers to develop their skillsets; much in the same way they are on an “ops rotation” they need to be on a “dev rotation”. I also see more focus on network automation that extends beyond the use by the network team, integrating with the broader IT systems and Cloud.

Timex Sinclair 1000. It was my first exposure to programming, but I soon moved onto using the Atari line of computers, first the 800XL and then the Atari ST. Now I use a MBP.

I try to get out to the North Carolina beaches and unwind. 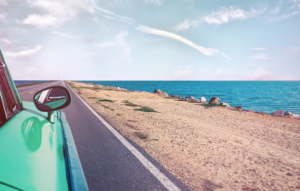 If Jeremy wasn’t working in IT, he’d be living on the beach! Good choice, my friend! 🙂

What is your favorite kind of ice cream?

I work from a home office, and the key is to set boundaries on when I am “on the clock” and be disciplined not check email/slack when I am “off the clock”.

If you could have ONE super power, what would it be?

The ability to eat & drink whatever I want and stay fit and healthy.

What is your favorite movie?

Awesome, Jeremy! Looking forward to having you at Networking Field Day 21!