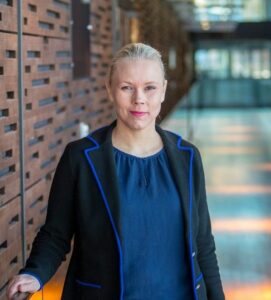 Kati Lehmuskoski is an entrepreneur and a freelance senior project manager. She is also a published author, working on her second book on Digital Transformation. And guess what!?!? Kati is coming to Cloud Field Day 6! Oh! You can find the book project page from Under The Hood – Leading Continuous Digital Transformation. Connect with Kati at @KatiLehmulkoski on Twitter, the web, or the Tech Field Day web site.

When I was younger, I wanted to understand how computers work and I told my high school friend that I was planning to apply for the Helsinki University of Technology to study computer science. Probably joking at that point, he said that as a woman, I would be unable to learn Computer Science. Naturally, I asked him to explain himself. He continued that as a woman, I wouldn’t be able to learn Linux or start a computer, if it didn’t have an operating system.

Obviously, as a competitive person, this didn’t reduce my motivation on Computer Science, and it took me less than a week to remove Windows from my computer and install RedHat instead.

I truly cannot imagine any other field of business, I would rather work on than IT. It is similar to asking a person to live without electricity: It’s possible, but why would you do it?

We are living in probably the coolest time ever in human history. Many things we take for granted have been invented only a few years ago. Just consider that PokemonGo was published on 2016. With internet and mobile, most use cases I can think of have been implemented. The same does not apply to IoT. I would expect many breakthroughs on that area within the next few years. I’m also following the artificial intelligence field, as there are many growth areas there.

After certain point in a career, everyone has great substance skills and talent. The differentiation after that point, is how well you are relating with other people utilizing your social skills. I’m currently listening to an audio book by Marshall Goldsmith, What Got You Here Won’t Get You There, which cover this topic, and I find it fascinating.

Attending Cloud Field Day is stellar. Even though companies in Helsinki are on many ways at the top of high technology, nothing beats going to Silicon Valley where the action happens.

My first computer must have been some PC with Windows 3.1. I’m currently using a ThinkPad.

During my spare time I play online NoLimit Texas Hold ’em Poker. I’ve been playing for over 10 years and it’s a cool game, because it takes a lifetime to master it.

I get easily inspired by work, so for me it is more about ensuring there is enough time for relaxation and social relationships.

If you could have ONE super power, what would it be?

Android development. I have one cool app idea. Without owning this super power yet, it takes a bit longer to implement. 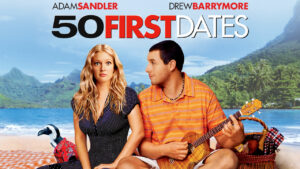 50 First Dates. Released: February 2004. Playboy vet Henry sets his heart on romancing Lucy, but she has short-term memory loss; she can’t remember anything that happened the day before. So every morning, Henry has to woo her again. Her friends and family are very protective, and Henry must convince them that he’s in it for love.

What is your favorite movie?

I have a soft spot for Adam Sandler movies. Especially 50 First Dates! It is something I have seen at least a dozen times.

What is your favorite kind of ice cream?

Thank you, Kati! We are looking forward to seeing you at Cloud Field Day 6 next week!

Mark your calendars, so you can catch the presentations live, on September 25-27! Join the conversations, using #CFD6 on Twitter!