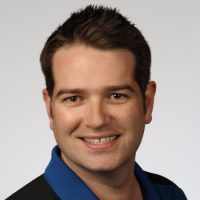 Ruairi McBride is coming to Storage Field Day 19! He is a “storage aficionado”, a NetApp A-Team member and VMware vEXPERT. We are humbled that he would take the long journey from the UK to come to the event as a delegate. Connect with Ruairi at @McBride_Ruairi on Twitter, the web, or the Tech Field Day web site.

I started doing a degree in Genetics as I was pretty apt at Chemistry and Biology at A-level, but after a year I changed to a degree in Computing Science. After that, whilst working in a bar, I met the MD of a local reseller and we hit it off. He offered me a job and the rest, they say, is history.

What do you do now? Can you tell us a little about your current role?

I would like to say I’m a nephology cognoscente, but I’m more a jack-of-all-trades. My current role is Lead Architect in Arrow ECSs’ Modernising Data Centre (note the correct spelling 😉 ) practice. I run a team that looks after various products from Arista, Dell EMC, IBM, Lenovo, NetApp, Nutanix, Oracle, Pure, VMware and several others and are trying to help address problems within the Data Centre rather than just providing single vendor products. We then try and pull these together and get the sales teams to understand and promote these go to market strategies.

Fitting everything into a workday, no matter how much I feel I have crammed in. For instance, sitting in on a WebEx whilst at the back of a team meeting during my lunch break, or finally getting around to answering this get-to-know-you questionnaire on a train ride home after a 10 hour day, there seems to always be more to do. That or possibly masking my contempt at ignorant people.

Mars? – No that’s not what you meant. Hhmmm, it’s difficult to say, but I feel it will be more heavily integrated into our daily lives. Look at how much devices like Amazon’s Echo have been assimilated; even my two year old now says ‘lexa stop!’ when he doesn’t get Paw Patrol on.

I do find the instantaneous nature of many things (Spotify, Netflix & Prime) is giving the society a false sense of reality in terms of dealing with the real world. People don’t appreciate waiting or take time to relax, so while IT infiltrates every aspect of our lives, I hope there are some bastions that keep it at bay and allow people the ability to unplug.

I started at a young age on a BBC model B connected to a mammoth CRT that needed 5 minutes to warm up before use. From there, a 486 25 SX from IBM that I upgraded over time, mainly to play Doom, Quake, Command and Conquer and hauling it to LAN parties. Now I work off of a Lenovo T470s Windows 10 laptop; but at home its an apple iMac 27″ and iPad.

Two phones. When I want to switch off from work, I just leave the work phone at home; which was bliss with 13 days off over Christmas and New Year.

There is a great line up for this event, with some first-time vendors. MinIO is one that I would definitely want to hear more about since I’ve been using it for a while now with my offline deepRacer training, but the one that caught my eye is the DevOps with Dell EMC. With more and more mature companies getting involved with the DevOps movement, its interesting to see what direction it will start to move in for the first few years of this decade. With their R&D budget and skilled teams, I think this is one session that will hopefully surprise us.

I would like to say something along the lines of a famous author or possibly a doctor, but truth be told I’d probably be a pub landlord, or maybe a chef. 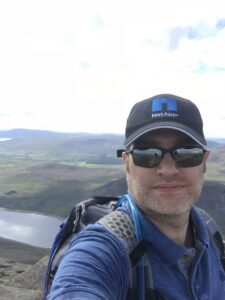 Until the 3 young children came along, I was into photography, with a slant towards startrails and cycling, but just getting a chance to read every now and again is a treat. I also don’t remember going to the cinema last year, so that also is something I would have done quite frequently, but not anymore. Cooking is about the only thing I can express my creativity in at the moment.

Currently, we are buying a new house, so that’s the obsession. Hope to exchange the week of SFD19 and complete when I get back. So, accounting and paperwork seem to be a current obsession.

Toss a Coin to your Witcher (Epic Metal cover by Skar which was brought to my attention by Jason Benedicic) or I’m Always Here (theme from Baywatch). I like to think that I’m helpful and these two could be construed to fit that bill.

Oh, now this is hard with just one person. My wife and I have, in the past, discussed the question, “if you could have anyone to a dinner party who would that be?”.

Lady Gaga – after seeing her on Graham Norton a few years ago and see the person behind the name, it would be a treat to have her at the event. Salvador Dali to inject some flamboyant eccentricity into the event. Ernest Shackleton and to hear first-hand about the Endurance “For scientific discovery give me Scott; for speed and efficiency of travel give me Amundsen; but when disaster strikes and all hope is gone, get down on your knees and pray for Shackleton.” Sir Raymond Priestly. Morgan Freeman for the voice. Just being able listen to his tones in any conversation would be a joy. Michelle Obama and discuss her status as a role model and also get an alternate viewpoint on the last decade. Audrey Hepburn the finest actor ever and an unbelievable humanitarian to discuss life in Hollywood during the golden age of cinema. And finally Emma Thompson for her activism work and an all-round nation treasure. 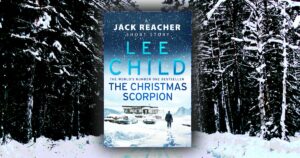 The Christmas Scorpion by Lee Child. I’m a big Reacher fan and this novella was next on my kindle; sadly it was uninspiring and can see why it wasn’t developed into a full book. that said Blue Moon is still on my reading list and I look forward to it. Again with 3 young kids reading is way down the to-do list, but I have set myself a target to read more this coming year.

Who would you most like to swap places with for a day? It could be a celebrity, family member, animal, etc.

Someone on the ISS. Think that would be a pretty awesome achievement. To be able to look down on the world as it spins, picking out cities and coast lines as well as storms and mountains I would think it is a very peaceful experience. 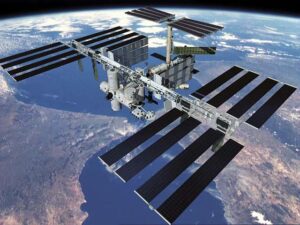 Thank you, Ruairi! This was great! And congrats on the new house! We wish you the best in your new home! Have a great time this week!

Storage Field Day is THIS WEEK! Presentations are live-streamed and begin on Wednesday, January 22, 2020!