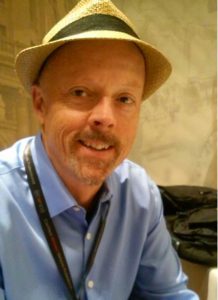 Tim Dennehy is coming to Mobility Field Day 4 next week! He is a Wireless LAN Engineer/Architect/Designer from the Sacramento, California area.

Tim is excited to meet the people at the event. He likes being around people that like the technology as much as I do. Connect with Tim on Twitter, the web, or the Tech Field Day web site.

You’re going to laugh when you hear this. My mother wanted me to take typing in High School – she said it would be a good skill to have, so I took it my Freshman year. I was also interested in electronics, and was taking that as well. These two classes started me on my journey. A year or two later I saw Computer Programming, so I signed up and since I already knew how to type, I just sat down and listened to the teacher and did what he said. Everyone else was frustrated, hunting and pecking for keys on the lab of TRS-80s. I loved programming in BASIC. I loved it so much I saved my money and purchased a TRS-80 Color Computer for home. When I graduated high school, I joined the Navy as an Electronics Warfare Technician. A title that translates to “the guy that monitors the electromagnetic spectrum for enemy radar. Trust me, there were a lot of them!

When I got out of the service, I found a job working for a Department of Defense Contractor. I traveled around doing projects for various DoD Customers when I became frustrated with the amount of travel I was performing. I opened up the newspaper and saw a job listed for “Network Tech” for a large school district – about 25 sites. I applied and interviewed, and they said they had a test for me. They lead me to another building where they handed me some tools and asked me to put together an IBM Type 1 (Token Ring) data connector and cable, and they left the room. No paperwork, nothing. I just opened the bag, looked at the cable, and put it together. Turns out, I was the only candidate that not only put it together, but did it correctly. There was a job offer on my answering machine by the time I got back home.

Fast forward a year, I was in charge of all the data cabling. It was Token Ring, and I was reading every book I could find on data networking. My boss told me about BICSI, so I started studying and two years after starting the job, I passed the RCDD exam. There were a lot of cabling issues when I started there in 1995, but by 1998, I had all 25 sites in tip top shape. Now what? Nobody was installing the Token Ring gear. Nobody wanted to do it, either. I decided that I wanted to take care of it, and the Director gladly helped me in my journey. I had heard of the Cisco Networking Academy at one of the Community Colleges, so I signed up and took the classes at night.

I signed up for conferences – and kept hearing “Ethernet”, but we did not use it. We were a 100% Token Ring shop. I heard about 3Com’s “Ethernet Switch”, and convinced the boss to try it. It was so much better than Token Ring – cabling was smaller, it was not a shared medium, and I could punch down Cat5e on patch panels that took up 1/3rd of the space of the Token Ring panels. Two years later, 3Com announced they were no longer going to continue to build the CoreBuilder line of switches and canceled our in-flight orders. I scrambled and bought a slew of Cisco 3500 series switches and had to learn how to install/configure them in a matter of days.

One school year later, during the summer, a piece of heavy construction equipment tore up 300 feet of fiber optic cabling from underneath a field where we were going to build a new Elementary School. I needed to restore connectivity quickly, and I researched point to point links and found a pair of BreezeCom bridges. Since we were “the county” I installed a pair of bridges to restore connectivity. While reading the manuals, I quickly realized all of this was second nature to me. I remembered all of the RF propagation, etc, from when I was in the Navy. I even read about frequency hopping gear, which I knew all too well.

I approached the Director and told him that the link I installed was easy to configure and get up and running, and that we could eliminate a lot of monthly circuits if we simply installed P2P links between campus buildings. He allowed me to do that for many sites, and then the school district started to deploy classroom trailers. I did the same for these, installing point-to-multipoint bridges for all of them so the students could have computers in the trailers while new schools were bring built.

All that said, I got into IT because I knew how to type – I sat in BASIC class and didn’t have to hunt and peck. I wrote little programs in my programming class to solve equations for problems in my electronics class. I became a Network Engineer because I was tired of traveling and was ready for a change. I started down my wireless journey “accidentally” in the summer of 2000, thanks to a back hoe. I think I knew I wanted to do this from the start, but got bounced around like a ball in a pinball machine along the way.

The key thing I want to say is why I do it. I like the satisfaction of designing and building something that a lot of people use and really appreciate having.

I think IT is no longer a field of generalists. I think that IT is becoming extremely specialized, and I don’t see that changing. We continue to make things simpler by making them more complex, and vice versa.

Keeping up with the industry is a challenge. Keeping my certifications seems like a chore sometimes, but when I start the renewal process, I realize I’m learning new things and I start to like doing it. 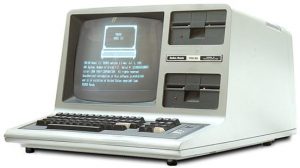 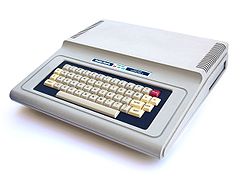 If you could have ONE super power, what would it be and how would you use it?

Being Superman would have its advantages, or maybe the powers Flash Gordon has. That way I would not have to sit in traffic so much.

I have heard of this thing called “spare time”. When time allows me, I gravitate towards my mountain bike, or taking a walk with the dog, or do a home improvement project.

I could do better in that arena. I don’t have a lot of “spare time” anymore, and need to get some of that back. I automate a lot of things that make my life easier. I think we all do that now, though.

What is your favorite movie and why?

Hmmm…. probably Batman Begins. You get the whole story of how/why/who he is, why he does what he does, and “would I do that if I were him”?

What is your favorite kind of ice cream and how do you enjoy it?

I have always said if I win the BIG lottery, I will go buy a huge piece of land and open a shelter for abused pets. I would employ a staff of veterinarians and their assistants, along with other types of people to care for abused pets and find new homes for them. We would be nationwide. And we would have awesome Wi-Fi.

Awesome, Tim! Looking forward to having you at Mobility Field Day 4!

Remember to add Mobility Field Day 4 to your calendars; August 14-16!