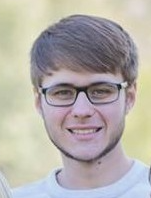 We’d like to extend a warm welcome to Bryton Herdes who will be a first-time delegate at the upcoming Networking Field Day. Bryton is a Network Engineer who enjoys spending time with his family and exploring water parks. Bryton took a few minutes to tell us about his journey into IT and some of the things he’s been working on recently.

At an early age, my exposure to IT was in the form of computers before and after elementary school classes. My parents were both educators and I had a lot of downtime in the morning and afternoons. With this downtime, I would find ways to play my favorite games on the computers while bypassing the school IT Admin’s security policies.

Fast forward into high school, I became more focused on biology and becoming a doctor. It wasn’t until around 11th grade that I found I had a knack for programming in a “Computer Math” class writing in Java. From then on, I was hooked on IT. I was a big fan of the instant gratification you get from a clean compilation, a puzzle solved, and ICMP echo replies coming through successfully. I dove head-first into my first Linux OS and put myself through Python courses, bash scripting, and the like. Years later, I had achieved my Bachelors degree in Cybersecurity, Computer Science.

That’s how I got my start, but it isn’t how I fell into networking specifically as opposed to something like software development. Networking for me has been different than any other facet of IT. The reason I love networking is simple – it’s everywhere. We have network-connected coffee pots, thermostats, and tractors. I like being one of the people, as a network engineer, that understands how communications work on a lower level. New devices and advancements are released every day and we are the ones responsible for their ability to talk to the rest of the world and drive productivity.

I am a Network Engineer for Jackson Electric Cooperative, Inc, an electric utility as well as an ISP / MSP located south of Houston stretching to the Gulf of Mexico. Mostly, I put out fires in the network while designing, implementing, and operating a backbone for converged services such as SCADA, smart-metering, Internet Delivery, and private L3/L2 VPNs. I’m the lead for anything network-related at the company.

My biggest challenge by far is time management. I have to live by the calendar otherwise I won’t find time for self-study, growing, learning, and achieving goals outside of the break/fix of a normal workday.

I’m a big advocate for programmability in networking and IT, mainly in the form of automation and centralized management of distributed resources. I think IT/networking will advance a bit in the next 3-5 years, but not tremendously. We have been in this “software-defined” phase here for a while with each company searching for its own personal “easy button.” I think IT will advance at a more rapid pace over the next 3-5 years than now or years ago, but we aren’t at a place where you don’t need fundamentals to be successful in IT.

A Dell latitude of some sort, and my favorite part of it by far was that it was basically a tank. It put up with me dropping it, spilling drinks on it, getting food all over it – you know, typical 8-year old stuff.

Family comes first, and then everything else. That’s how it has to be. It helps to have the support of those in your personal life to achieve work-related goals.

I never really had a backup plan. Originally, I wanted to be a doctor so I’d say that would be my second choice. 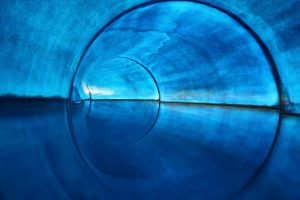 I like to spend time with my wife and daughter outside. It’s nice to get out after a full day in the office. We like to frequent water parks, walking, and just getting out in the sun.

I’ve been in a big data center and automation grind here the last few months, especially while studying JNCIE-DC material, so I’d say I’m looking forward to all forward-thinking technologies in relation to Data Center, cloud, and automation.

Mainly this year we are lighting up more fiber and expanding the IP/MPLS backbone. I like designing the most resourceful ways to provide Broadband in the more rural areas we serve.

I am inspired by my wife, my parents, and my grandparents. I’ve had the pleasure of watching all of them handle hard decisions and situations with grace.

Batman – I’ve been a fan for as long as I can remember. He’s got all the best gadgets at his disposal.

I like making connectivity seamless to users while learning new things every day. Really, I enjoy learning above everything else. As long as I’m in a role where I’m always learning networking and technology, I’m happy.

I would still work as a network engineer; Ain’t no rest for the wicked.

Check out Bryton as he participates in his first Field Day event, Networking Field Day 25 from May 12-14, 2021!